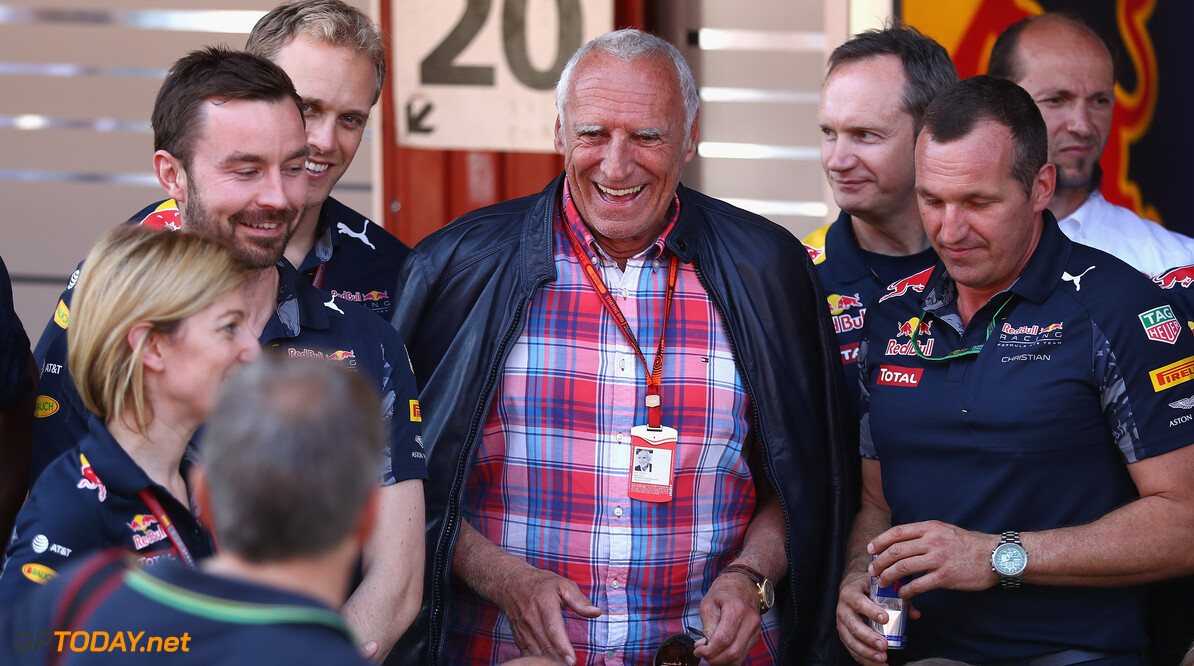 Berger: "Mateschitz not getting tired of Formula 1"

Gerhard Berger has hit back at rumours Red Bull is getting "tired" of formula one. There have been paddock rumours the energy drink company's chief Dietrich Mateschitz is making moves to distance himself from his two F1 teams.

"That he is tired of formula one, I think is wrong," Berger, who was Red Bull's first sponsored driver in the late 90s, told the Austrian broadcaster ORF. "Of course, he (Mateschitz) is not happy with the current situation of his team," the F1 legend added, saying the reason is linked to the 'power unit' era. But Red Bull is still a super strong team, and even in this difficult time hardly anyone has left, especially Newey at the top. Not having an engine that can bring title chances is of course frustrating in the long term," Berger added.

But the former Ferrari and McLaren driver doesn't think Mateschitz will quit. "Red Bull has always had patience, and now is when it's needed," he said. "It cannot always go well. It's a difficult time now, but you can see the light at the end of the tunnel. Honda coming to Toro Rosso is the start," added Berger.

However, Honda has struggled notably since returning to F1 with McLaren in 2015, but Berger said: "I believe in Honda, who have a sporting culture in the company, the resources and now a team with the Red Bull mentality. "I could imagine Honda returning to its original form and building top engines," he added.

Another option for Red Bull is a closer relationship with team sponsor Aston Martin, but Berger thinks that's more of a long game. "We have to wait for the new engine regulations," he said. "Until then nobody will burn their fingers on today's extremely difficult engines. Does Aston Martin Martin have the resources and the possibilities to do it? I don't know but I doubt it," Berger added. (GMM)