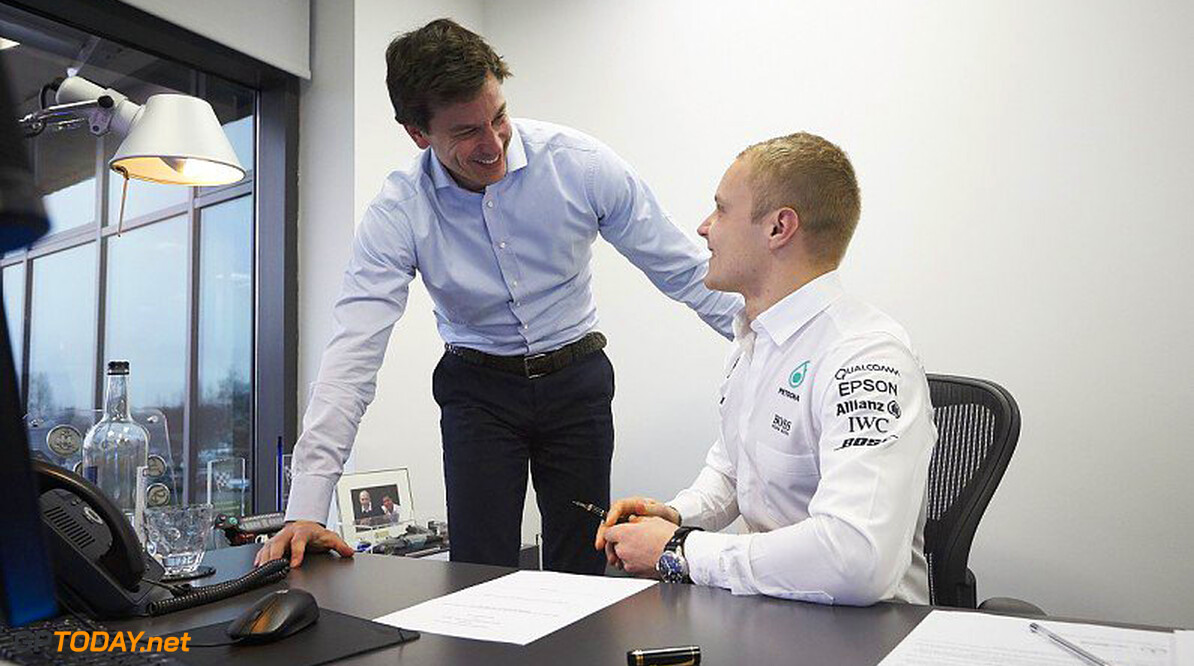 Wolff: "Mercedes wants to keep its options open for 2019"

A new one-year contract for Valtteri Bottas has kindled fresh speculation Max Verstappen could be headed to Mercedes for 2019. Team boss Toto Wolff, who admits to having coffee with Red Bull driver Verstappen's father Jos at Monza, confirmed that Finn Bottas' newly-announced deal is for 2018 only.

"We are very happy with Valtteri and have therefore extended with him for 2018," Wolff told Bild newspaper. "However, we still want to keep all our options open for 2019."

19-year-old Verstappen has made clear his displeasure with Red Bull this season, but is believed to be firmly under contract not only for 2018 but also 2019. However, Red Bull's driver manager Dr Helmut Marko said: "I cannot take offense if he looks around elsewhere."

But for now, Mercedes has re-signed with Bottas and that news was welcomed by his fellow Finn and former F1 driver Mika Salo. "Almost from the beginning, Valtteri has shown he can win races when Lewis cannot, so he is just perfect for the job," Salo told the Finnish broadcaster C More.

Salo also said it is understandable that Mercedes has opted for just a new one-year deal for Bottas. "Maybe they want that big name (for 2019)," he said. "This year the driver market has also been a bit strange, with almost no changes. The quietest for some time."

And so Salo thinks 2018 is Bottas' big chance to shine. "This year he's been driving Lewis' car basically, and that won't be the case next year when he should be able to win races right from the beginning," he said. (GMM)