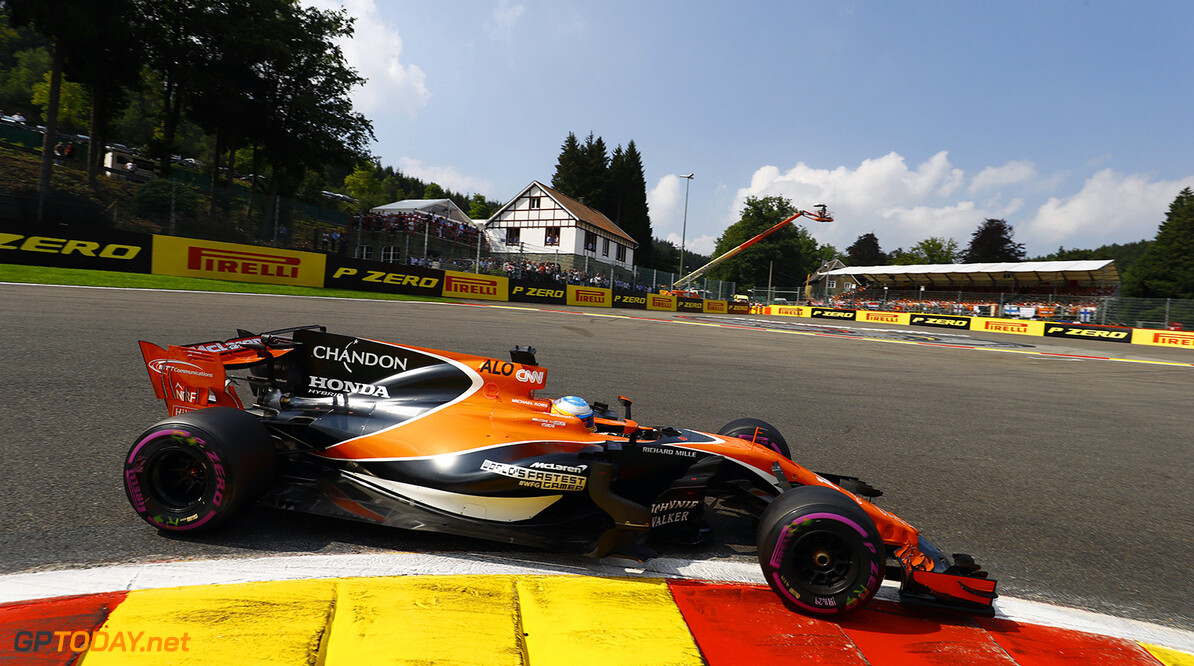 Alonso tips future to be resolved "in the next few weeks"

Fernando Alonso says that his future could be resolved in the next few weeks. The Spaniard has had a troublesome season, suffering from an unreliable and slow Honda engine in the back of his McLaren. It is not yet known whether he'll stick with the team, find an F1 seat elsewhere or leave the sport completely.

At the Belgian Grand Prix on Sunday, Alonso retired after reporting an engine problem to his race engineer. However, Honda's Yusuke Hasegawa said that there was no data suggesting there was an issue with the engine. It appears that Alonso is waiting on McLaren's decision over its 2018 engine supplier before confirming his own future.

"I'm just the driver, so my job is to drive as fast as I can rather than make those decisions. I like this team," he insisted. "The last three seasons were difficult but McLaren is one of the best teams in the world. I would be glad to continue but we'll see what happens in the next few weeks.

The big rumour in Belgium was that William has made a clear offer to Alonso for 2018: "I have nothing to say. Nothing new," he responded. "The demand for my services is very high, which I can see from the proposals that I have received."