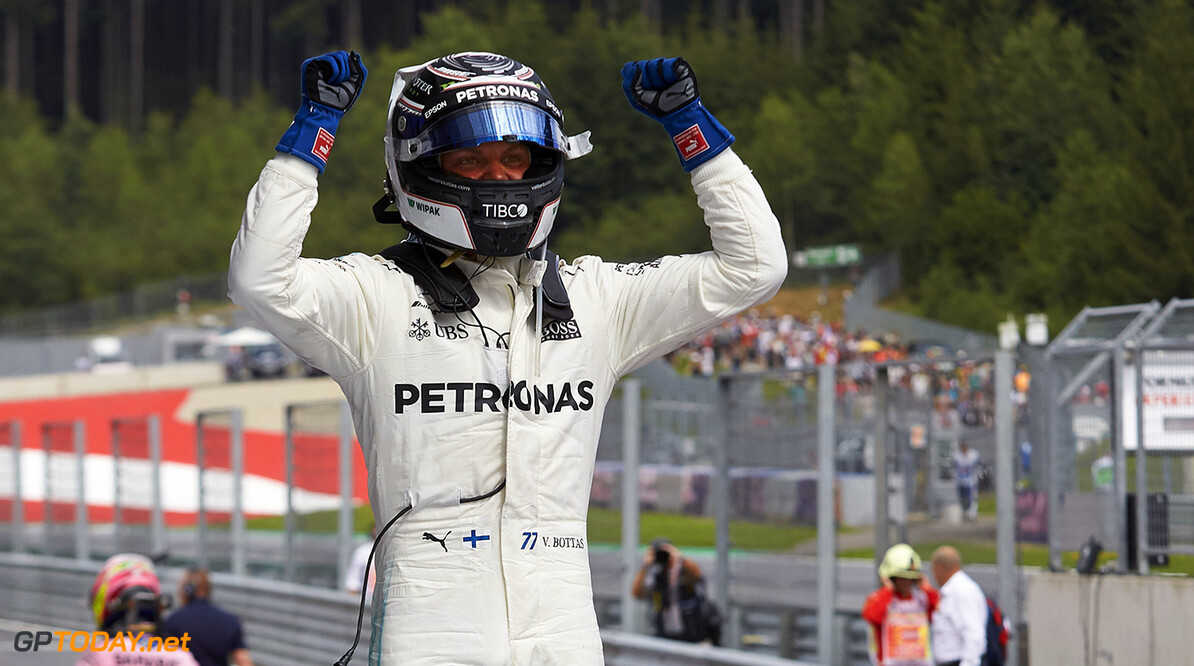 Hamilton claims Bottas is in contention for 2017 title

Lewis Hamilton believes that teammate Valtteri Bottas has a chance of winning the 2017 title. So far this season, it has been widely considered that the title fight would go down to the wire between Hamilton and Sebastian Vettel, but Hamilton has stated that it is a three-way fight.

"Of course he is," Hamilton told the Finnish broadcaster C More. "He is 15 points behind me, which is closer than I am to the (championship) lead. Valtteri is doing a fantastic job and it definitely will be a fight to the end," he added.

Bottas secured his second pole position and win in Austria last weekend, closing the gap to teammate Hamilton in the standings, who only finished fourth around the Red Bull Ring. Bottas' victory didn't come without controversy however, as it was suggested that he jumped the start.

F1 steward Mika Salo told Ilta Sanomat newspaper: "From the camera, it looked like a false start. But the limits for a false start were not exceeded. You look at the data and, according to the data, there was no jump start."