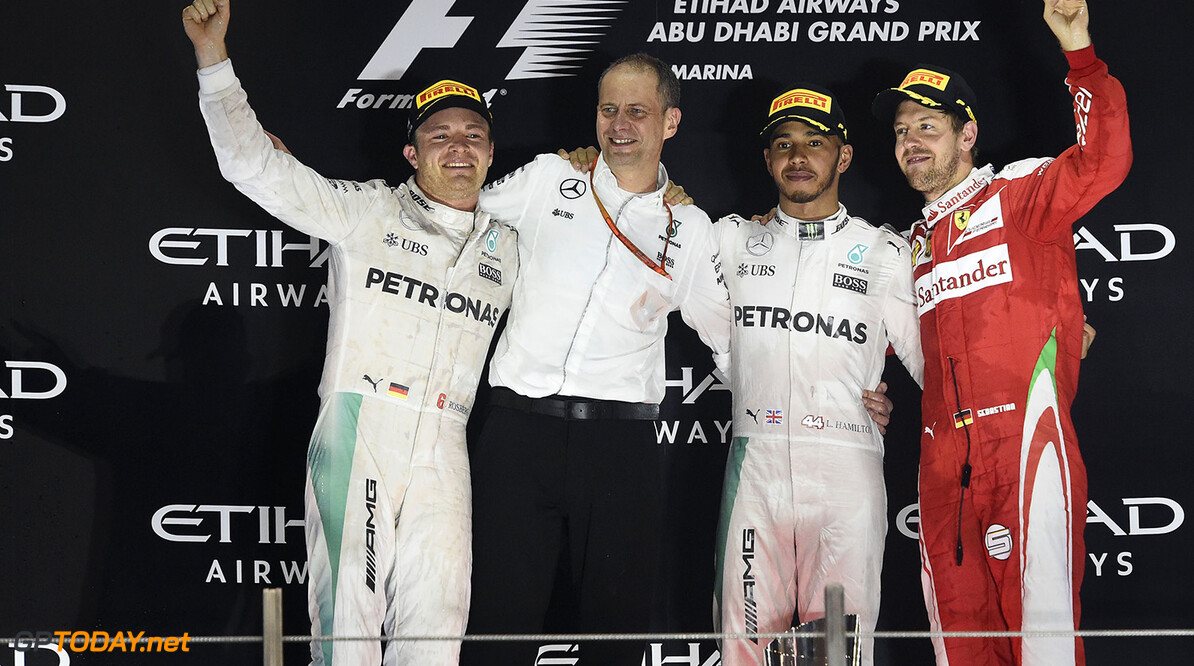 Sebastian Vettel: "It was Nico's day"

Sebastian Vettel has said that Nico Rosberg is "owed" respect after his world championsip triumph.

The four-time champion, the last non-Mercedes driver to win the championship, finished behind Rosberg in Sunday's Abu Dhabi Grand Prix, and insisted there is no doubt that his compatriot is a deserving champion.

"I think, in my point of view, you don't win the championship by luck," said Vettel. "Nico won the championship. He's a deserved champion. You collect a lot of points throughout the season."

"I think we owe it to him, he's a deserved champion."