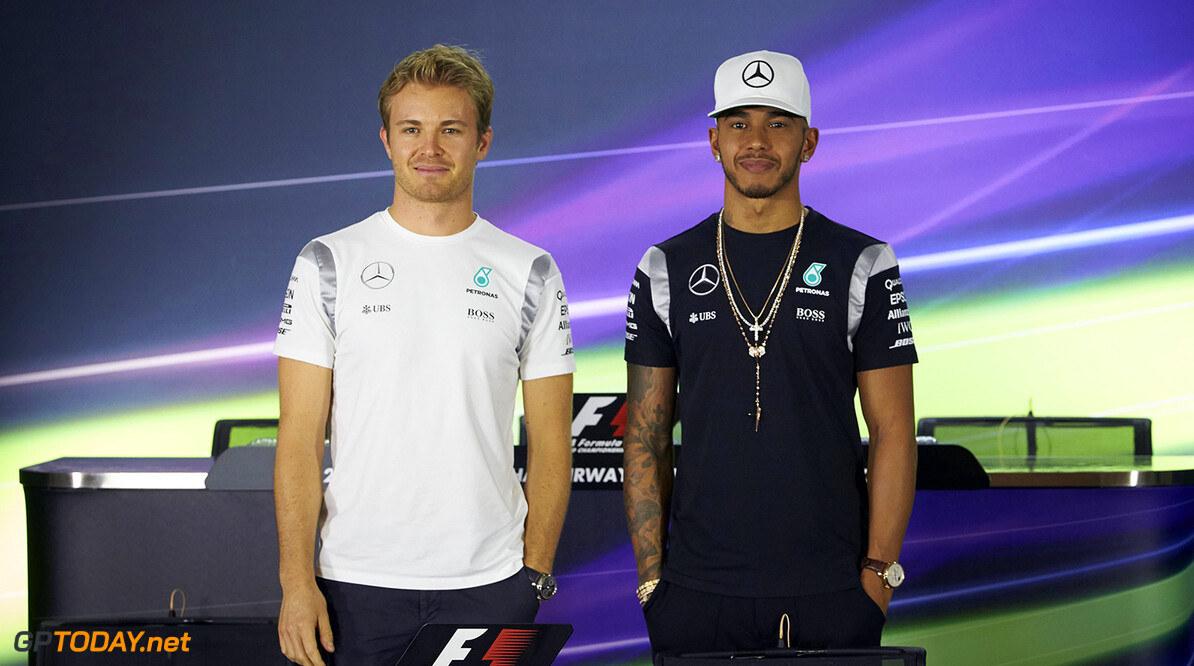 Nico Rosberg has denied that the decision for him and Lewis Hamilton to not shake hands in their Thursday press conference was a deliberate one.

Before the FIA press conference the pair were asked to shake hands for photographers, but they didn't, instead merely standing for the photographers.

But Rosberg later told Bild newspaper that the snub was not deliberate.

"We were only asked to stand up for a photo. It would have been no problem to shake hands with Lewis," he said.

Both drivers insisted during the press conference that they still share a mutual respect.

"Obviously we had ups and downs but ultimately, particularly in the last year, I think we've been able to manage it pretty well," said Hamilton.

Rosberg agreed: "We've had some difficult moments but also some good ones and this year I think we've made progress so it's generally neutral but of course a difficult environment."

Both contenders also played down any claims of 'dirty tricks' that they could employ to secure the title.

"If I'm out ahead, I generally want to be as far ahead as possible. That's as painful a blow as you can give to the guy you're fighting," said Hamilton.

And while Rosberg said he will do whatever it takes to win the title, he will only do what is "Within the limits of what's acceptable".