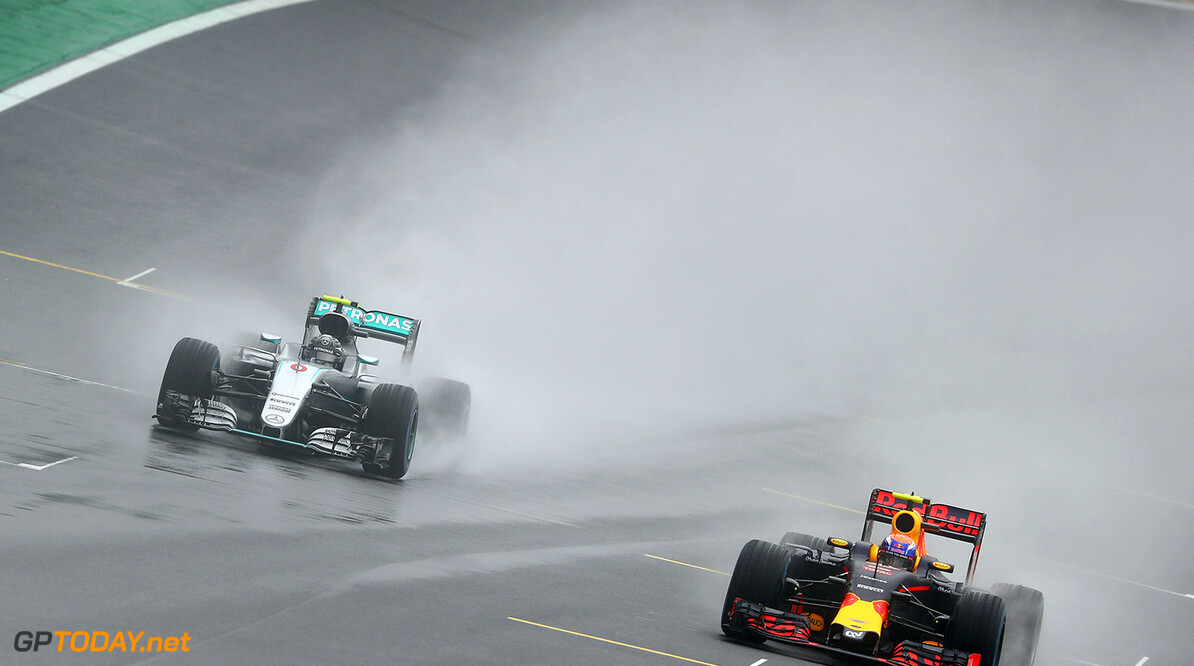 Rosberg currently has a 12 point lead in the championship, but has not won a race since The Japanese Grand Prix early last month.

Instead, the German has taken a somewhat conservative approach, finishing second behind team mate and title rival Lewis Hamilton in the last three races to safeguard his championship lead.

Going into this weekend, Horner believes it will again be damage limitation for the 23-time race winner.

"He’s driving with a championship in mind," Horner said. "He’s a bright guy and he’s driving the percentage game at the moment, banking the points. He can’t afford to get tangled up with another battle, so he’s probably going to be watching his mirrors more than most going into Turn One."

"As we’ve seen with our guys, they’re not in that position, they’ll simply be going for it, so you can imagine him being a bit more tentative than he has been at other races."

"Abu Dhabi is the championship point effectively, so it will be interesting to see how [Nico] deals with that. He’s driven well under pressure so far this year, he’s driven a very strong season and things have gone his way which is sometimes the way things work out. For sure this will probably be the biggest race of his career this weekend to close the job off."