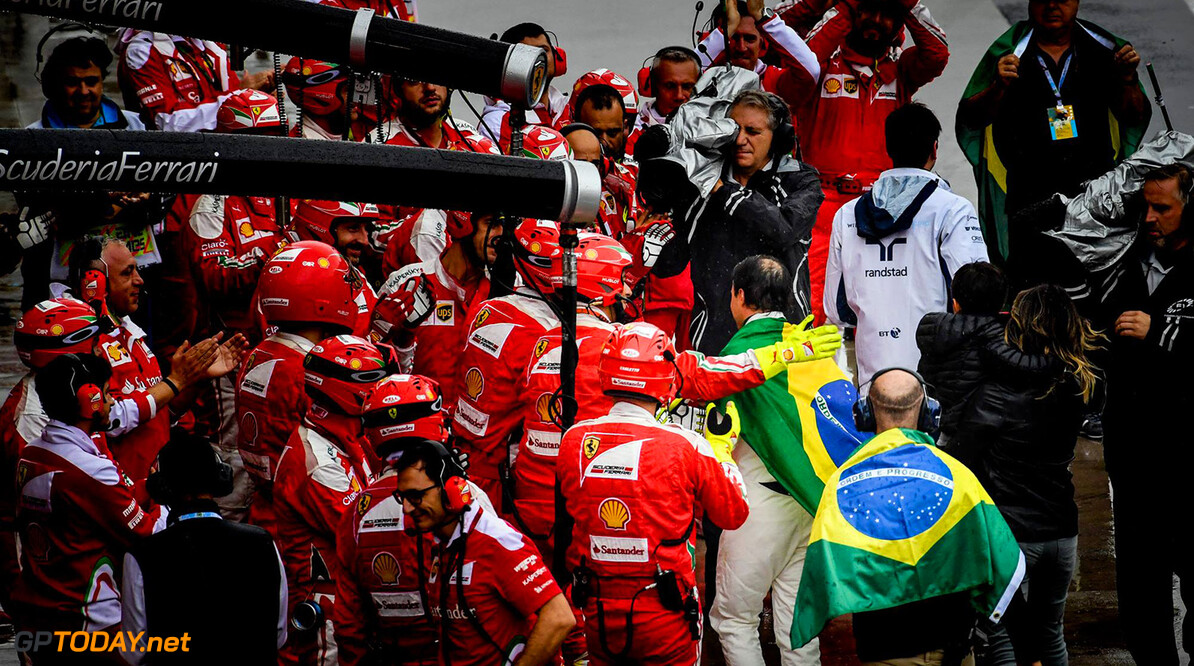 Rob Smedley: "To see the amount of love for him was incredible"

Williams performance engineering chief Rob Smedley belives that Felipe Massa's crash in his final Brazilian Grand Prix allowed him to experience something more special that he would have if he finished the race.

The former Ferrari driver crashed out of his penultimate Grand Prix on lap 47, receiving a guard of honour from a number of teams as he walked back to the pits draped in the Brazilian Flag.

"To see all of that, just to see the amount of love for him was incredible," Smedley told Autosport. "Mercedes is a team he's never had anything to do with, or been near, and all their guys came out and showed him so much love."

"All the Ferrari guys came out because he's so loved down there, but it was still quite incredible," added Smedley, who was Massa's race engineer at Ferrari. "All his family were there and they all surrounded him. It was massively important they were there to support him and carry him through."

"He's done such a great job in Formula One, and such a great job for his country. We're all just really, really proud of him. You've got that weird juxtaposition of wanting him to have done well and finish on a real high.

"But then having seen what we did see, it was then even more special than him finishing in eighth or ninth position."