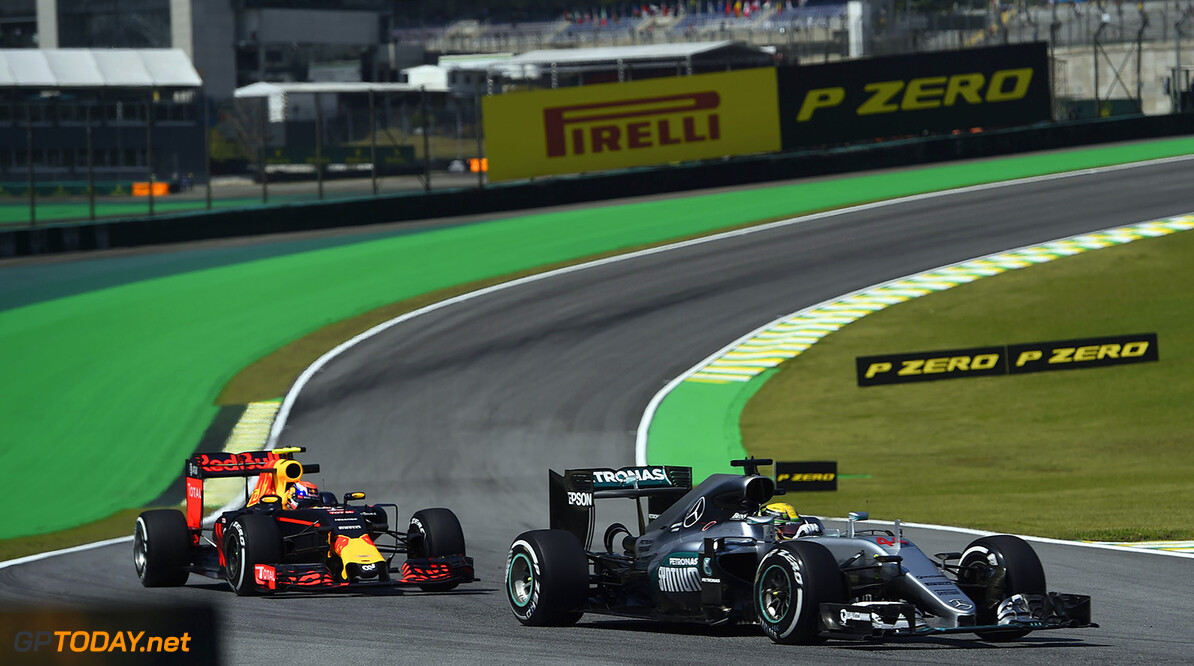 Niki Lauda has heaped praise on Max Verstappen after his Driver of the Day-winning drive in Brazil.

The Red Bull driver took third place in the wet race, despite almost crashing earlier in the race.

"This race was incredible to watch, though I did not understand with the Safety Car start," Lauda told Sky Sports. "Lewis and Nico did a perfect job coming first and second. Verstappen was outstanding, the way he passed everybody so it was an interesting race."

Lauda refused to credit Verstappen's performance to his fresher tyres late in the race, and said the race proved just how good he it.

"Nevertheless, he did the job, unbelievable, the way he passed it was just incredible. I knew the guy is good but he proved to everybody what he can do."