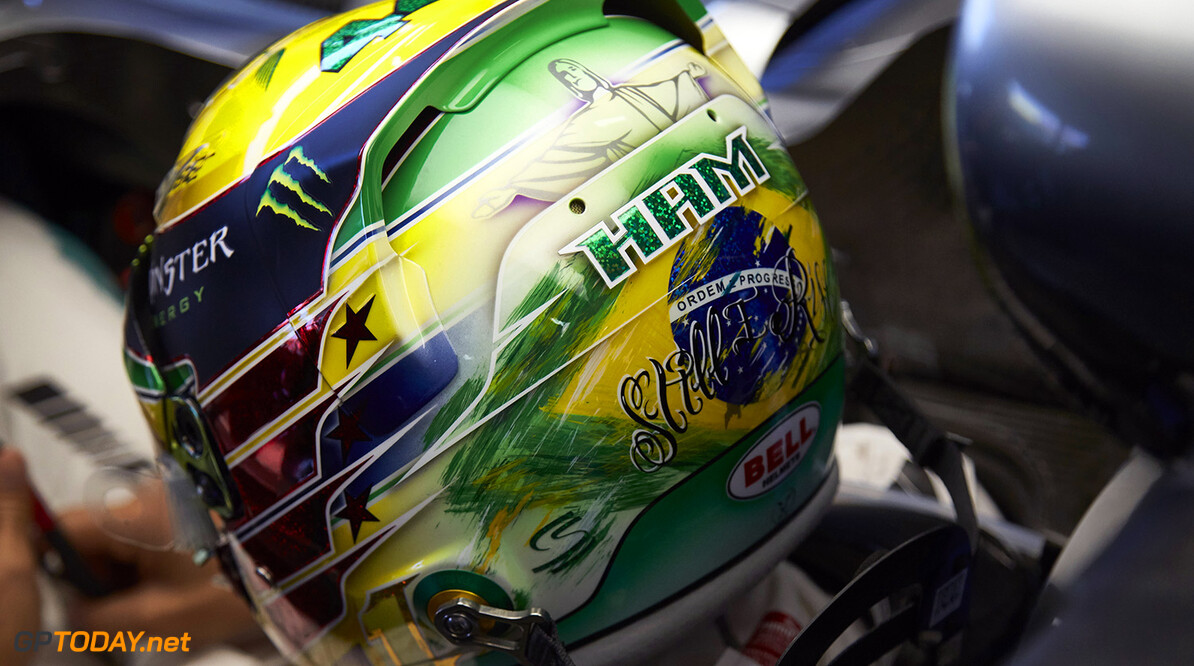 Lewis Hamilton: "I’ve had him covered through the weekend"

Lewis Hamilton was pleased to walk away from qualifying at Interlagos with his 60th career pole position at a track he admits he has "struggled with" in the past.

Hamilton beat team mate Nico Rosberg as Mercedes once again locked out the front row of the grid, despite Rosberg topping Hamilton in final practice.

It was Mercedes' 19th pole position of the 20 races so far this season, a new Formula One record and there is still one round still to go in Abu Dhabi kn a fortnight.

"It’s remarkable when you think about what we’ve done with this team to have as many poles," the three-time world champion said. "It’s a true sign of teamwork. It’s the best possible outcome… only my second pole here, it’s a track I’ve really struggled with, so happy to be at the front."