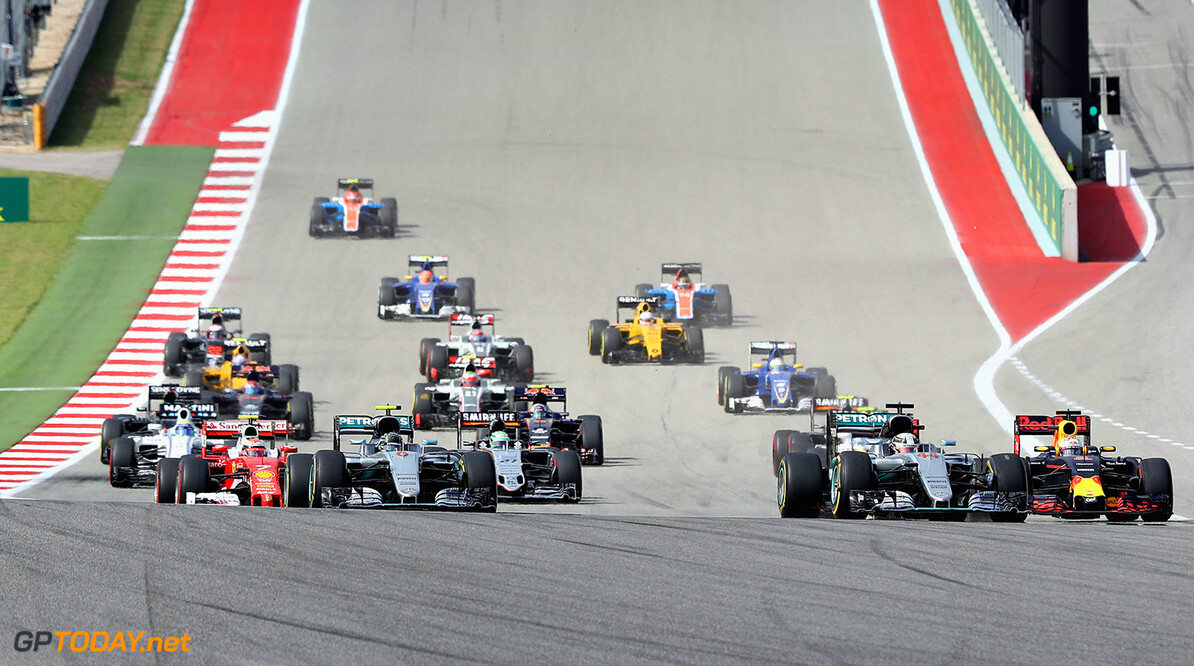 World championship leader Nico Rosberg has denied that he settled for second place in the United States Grand Prix.

If Rosberg finishes second in each of the remaining races, it will be enough to win the title, but the German has played down talk he is 'playing it safe'.

"No, no, definitely not," he said after finishing second in Austin. "Flat out all the way to the end."

"Lewis did a great job this weekend, all the way through qualifying and race, so it just wasn't to be," Rosberg insisted.

However, even Mercedes team boss Toto Wolff has acknowledge that Rosberg can now afford to ease off slightly in the battle for the championship.

"Nico is in a very good position in the world championship," said Wolff.

"But he also knows that he cannot afford any mistakes, which is why he was careful in the first corner."

Rosberg, however, insisted that he "lost out a bit at the start" and he was still disappointed not to win.

"Second place is okay," he said, "it's damage limitation."

"Lewis was simply faster and drove a flawless race," he said.

"Nico was second which is the next step in the world championship for him. Even if the other is unbeatable, he just has to be tactical.

"Lewis was unbeatable today, so Nico did everything right," Lauda added.

According to figures in the Mercedes camp, Hamilton doubled his workload in the wake of his Suzuka defeat.

Hamilton confirmed: "It's going well for him (Rosberg). I've just got to continue to do my job and hope for the best."