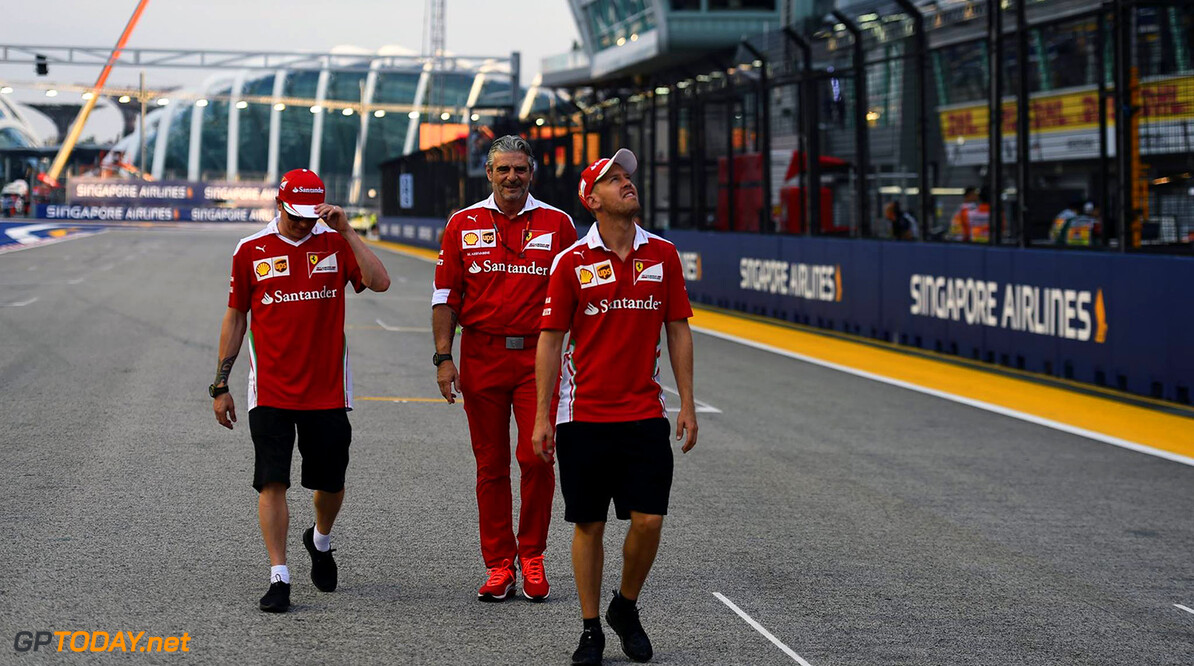 Sebastian Vettel out in Q1 in Singapore

Sebastian Vettel has been knocked out in first qualifying in Singapore after setting the slowest time.

Complaining of roll bar issues, the German's Ferrari appeared to be suffering from extreme roll and handling issues around the Marina Bay street circuit.

The four-time world champion was ultimately almost five seconds off the pace, and two tenths of a second behind 21st place Esteban Ocon.

#Seb5 is now in the garage, one minute to fix the problem #Quali #SingaporeGP #redseason

Not enough time to fix it, #Quali over for #Seb5 #SingaporeGP #redseason