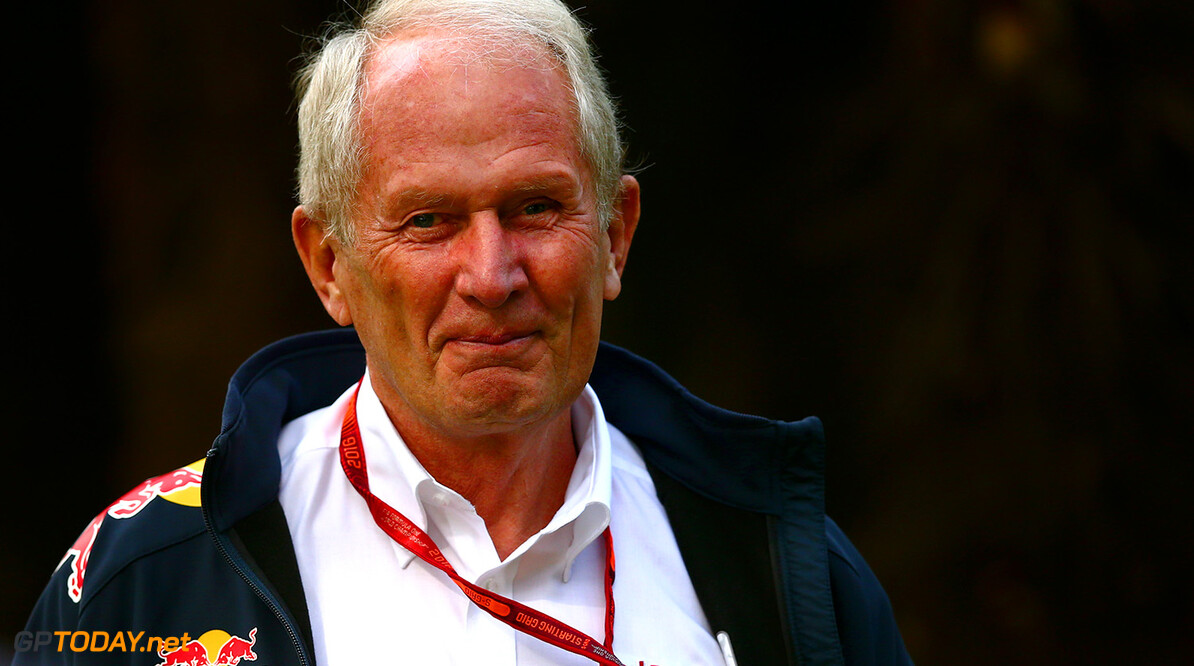 Dr Helmut Marko has slammed a "paranoid" Mercedes team boss Toto Wolff for trying to spoil F1's charge towards faster cars for 2017. It is Wolff who has been leading the charge verbally amid speculation many teams are in fact now opposed to the technical changes that should result in faster and more aggressive cars next year.

One of Wolff's leading arguments is that F1 now has no need to make changes given the three spectacular grands prix so far this season under the existing rules. Red Bull's Marko, however, does not agree.

"We have been very lucky to see very good races," he told motorsport-magazin.com, "but there were no normal races. There were always people coming from behind that actually shouldn't have been behind," Marko added.

And Marko hit back at the suggestion the general mood in the paddock is that F1 should scrap its 2017 plans. "Except for Toto and the teams that must follow him due to their engine contracts, everyone is for it," he said. "(Ferrari's) Sergio Marchionne is also absolutely sure. Only Herr Wolff has this paranoid fear that Mercedes will lose its superiority if you change even the smallest thing on the engine or chassis. Toto Wolff is doing everything he can to prevent any change," Marko charged.

Marko, however, is sure there is now too much momentum for the 2017 plans to be axed. "For us it is clear that the 2017 rules and the so-called 'McLaren package' are coming," he said, referring to the rules blueprint that was devised by McLaren. (GMM)