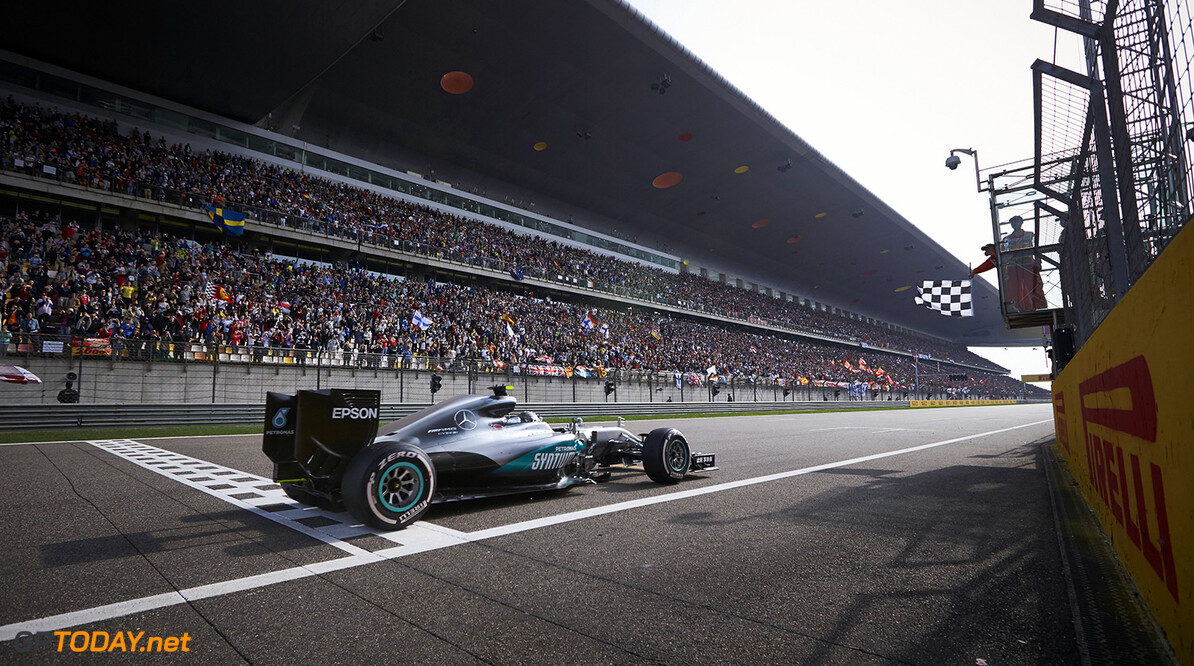 Hamilton not as determined as Rosberg - Tambay

A lack of focus could have put Lewis Hamilton's bid for a third consecutive world championship off the rails in 2016. That is the view of former F1 driver Patrick Tambay, speaking after a disastrous Chinese grand prix weekend for Briton Hamilton, filled with reliability problems and first-corner damage as he started from dead last.

The Mercedes driver is now 36 points behind his teammate Nico Rosberg, who in Shanghai won his sixth consecutive race. "Is it 50 points now?" Hamilton asked reporters after the race. "36. Oh, that's not as bad as I thought. I feel pretty good right now," he said.

Fans and insiders cannot help to have noticed that Hamilton is no longer outwardly affected by poor results and setbacks, unlike in previous years. "There's a long, long way to go," he said. "Lots can happen. It's just I don't have any more jokers available really."

Experts are wondering if Hamilton's apparently unflappable mood is in any way connected to his early troubles in 2016. "He is not focused on the primary objective," Patrick Tambay, a driver from the 70s and 80s, agreed to France's RMC. "He has already been world champion and perhaps he is not putting in the same effort, with the same determination, the same quality of work and application that Nico Rosberg does now," he added.

Indeed, Spain's El Mundo newspaper declared on Sunday that the ever-winning Rosberg is "the new Hamilton". Mercedes' Niki Lauda even told the German broadcaster Sky that Rosberg's drive in China was "world champion-class". "What can stop him?" wondered Tambay. "I don't feel he has a lot of competition now."

But German Rosberg says he doesn't see it like that, insisting the season is only "a handful of races" into its unprecedented 21-date 2016 calendar. "Yes, it is going well, but this is the longest season in F1 history with Lewis Hamilton as my teammate, a double (back to back) world champion, who has been hard to beat in the past three years," he said. (GMM)