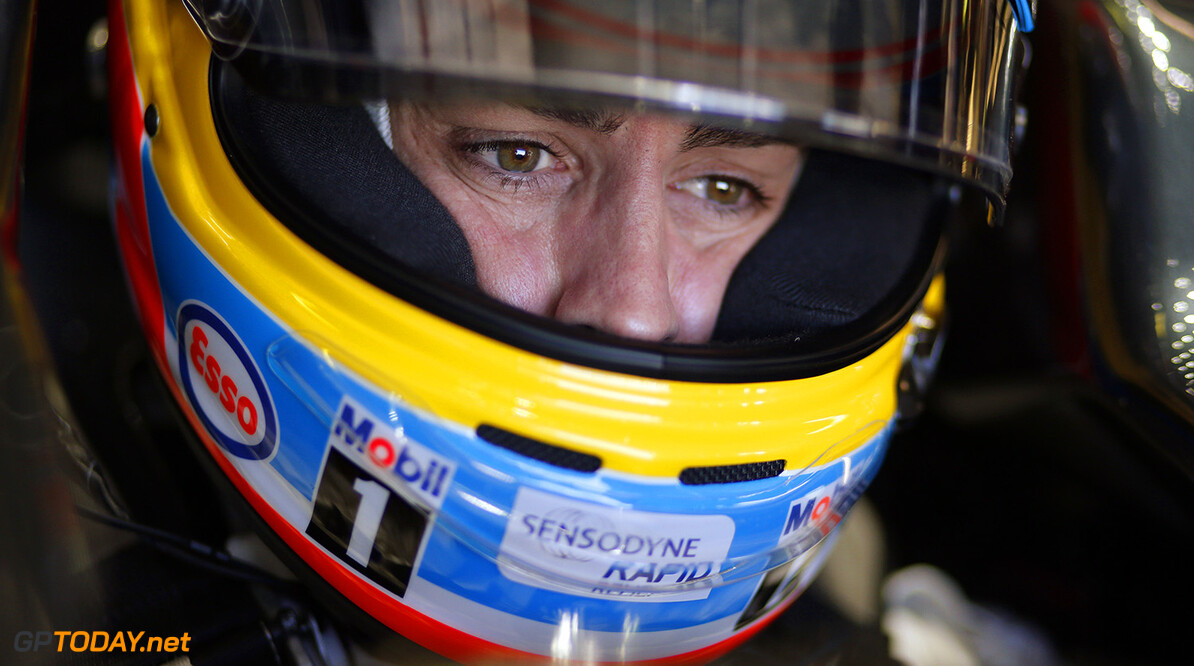 Alonso: "As though I've been in a washing machine"

The controversial 'halo' concept is once again a talking point in F1 circles, following Fernando Alonso's huge crash in Australia. The McLaren-Honda driver was spotted on a Melbourne beach on Monday wearing a light bandage on his knee, but he said he will not be needing any further medical treatment beyond "ice".

"This morning the team doctor came and gave me the 'ok' to travel and, as I said, I feel good," Alonso told Spanish radio Cadena Cope. "I do not think I will have any problems going forward. My body is a little sore - as though I have been in a big washing machine on spin - but I have no marks or anything swollen. Within two or three days I will be back on the bike or something again," he added.

The front page of the local Herald Sun newspaper, however, declared Alonso 'The luckiest man alive', as the F1 safety debate reignited amid the governing FIA's push to cover the cockpits with the so-called 'halo' concept for 2017. "In this accident," F1 legend Niki Lauda told Bild newspaper, "the halo would have done nothing."

In fact, many are wondering if a 'halo' would have trapped Alonso in the wreckage, after the Spaniard actually crawled out of the open cockpit without delay. "I had no idea where I was exactly in the circuit so I saw a space to leave and said 'I'm getting out just in case'," he said. "I saw there were broken pipes and plenty of fluids and I said 'Let me out'."

But Alonso also acknowledged that, as he flipped and barrel-rolled, he was worried his head might strike something. "You tend to cower a little in the cockpit," he said, "trying to make yourself small in the car so that the head doesn't hit anything like the wall or the ground."

The only fire during the Australian grand prix was above Kimi Raikkonen's head as he retired in the pitlane, but the Finn said he would not have been worried had he been protected by a 'halo'. "It makes no difference," said the Ferrari driver. "We can still get out." But former driver and German-language commentator Christian Danner insisted: "The safety experts need to look at it again. With a halo, he would not have gotten out so easily." (GMM)