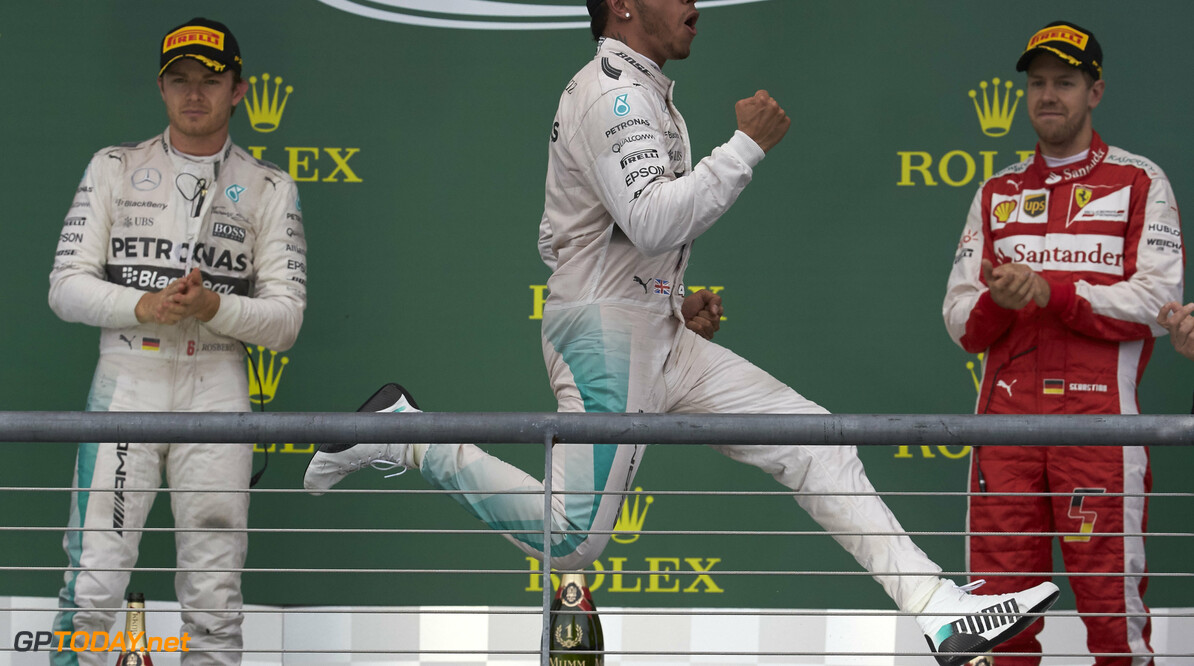 Hamilton over last three races: "My job was done"

Nico Rosberg has joined Lewis Hamilton in responding to reports Mercedes may consider dropping them for the sake of team harmony. Boss Toto Wolff was quoted this week as suggesting that the acrimony between Rosberg and world champion Hamilton has reached the point that it may become detrimental to Mercedes as a whole.

Indeed, even after Wolff's warning, Hamilton continued to jab verbally at his German teammate this week, claiming the fact that Rosberg regularly 'complains' could be because he was brought up by a wealthy family in Monaco. "I thought the last race was over and now it was time to take a break," Rosberg told the Austrian broadcaster ORF when confronted with Hamilton's latest comments. "As for what Toto said, I can definitely understand that he has a few more grey hairs now after the past two years," the German added.

Hamilton, meanwhile, denied that any enmity between Mercedes' bickering race drivers hurts the team. "It is always blown so much out of proportion," he told BBC radio. "We have had 16 one-two finishes (actually 12) so our relationship is not really causing any problems," said Hamilton. "It is not like he (Rosberg) has been distracted and not finished high up, or vice versa, so I think ultimately it is easy for people to take things for granted," he added.

"We have not caused any problems and the energy within the team is as high as it is ever going to be and that is because we do what we do how we do it. We are never going to be best friends but somehow we make it work," Hamilton said. "There are moments of tension but that is the same in any kind of sport I would imagine."

Finally, Hamilton admitted that although he went to the last races of 2015 determined to win, his motivation after wrapping up the title in October could explain his flagging recent form. "You still have to commit and work super-hard but, for sure you're kind of like 'My job's done, I wish the season was over, wish I could go on holiday'," he said of the final trio of races in Mexico, Brazil and Abu Dhabi, which were all won from pole by Rosberg. (GMM)