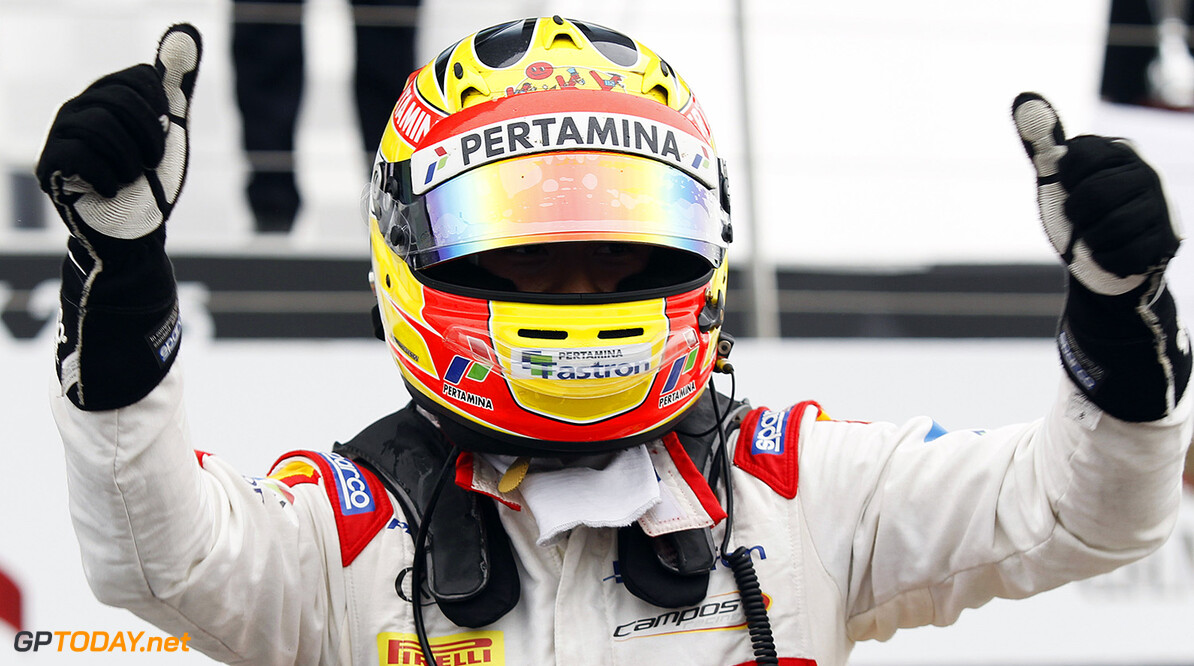 King and Haryanto to test for Manor in Abu Dhabi

The Manor Marussia F1 Team is pleased to announce that it will run its Development Driver Jordan King and also Rio Haryanto in next week's Pirelli tyre test in Abu Dhabi. The test, on Tuesday 1 December, will see Jordan driving a Formula 1 car for the first time in his racing career, while Rio has taken part in two young driver tests with the team, in 2010 and 2012.

This season, both drivers are competing in GP2 Series, with Rio currently 4th and Jordan 12th in the drivers' championship standings. Jordan has attended two Grands Prix with Manor, in Austin and Mexico City, in a non-racing capacity, but working closely with the race team and drivers to augment his experience. Haryanto and King will each receive a planned half day of running.

John Booth, Team Principal: "We look forward to providing Rio and Jordan with the opportunity to drive the MR03B in Abu Dhabi next week. For Jordan, this is a planned part of his 2015 role as Development Driver, following a season spent with the team in an educational capacity. Rio has of course driven two of our cars in previous tests. In 2010, he was considered to be at the very tender age of 17 years old, but we knew he had an exciting future ahead of him. Both drivers have extensive experience of running Pirelli tyres in GP2, and specifically the many GP2 tests that have been held in Abu Dhabi, so this leaves them well placed to help us play our part in Pirelli's evaluation programme next week."

Jordan King, Development Driver, Manor Marussia F1 Team: "The Development Driver role has been a fantastic opportunity for me this season and I have enjoyed and benefited from every minute spent with the team. The European rounds of GP2 Series mirrored the F1 races, so it was very easy to combine my racing commitments with spending time shadowing the Manor drivers and engineers. In Austin and Mexico I was able to fully immerse myself in the F1 environment and I’m learning about how things work on and off the race track. Naturally, what I've been looking forward to most is the chance to drive the MR03B, and I can’t wait to bring everything I've learned together in Abu Dhabi next week."

Rio Haryanto: "I'm really looking forward to being back with the team at the Abu Dhabi test. In many ways it is essentially the same team, although the car is quite different. I feel much better prepared for this test, and after a very competitive season in GP2, I can't wait to show how much I have developed to become a more complete driver."