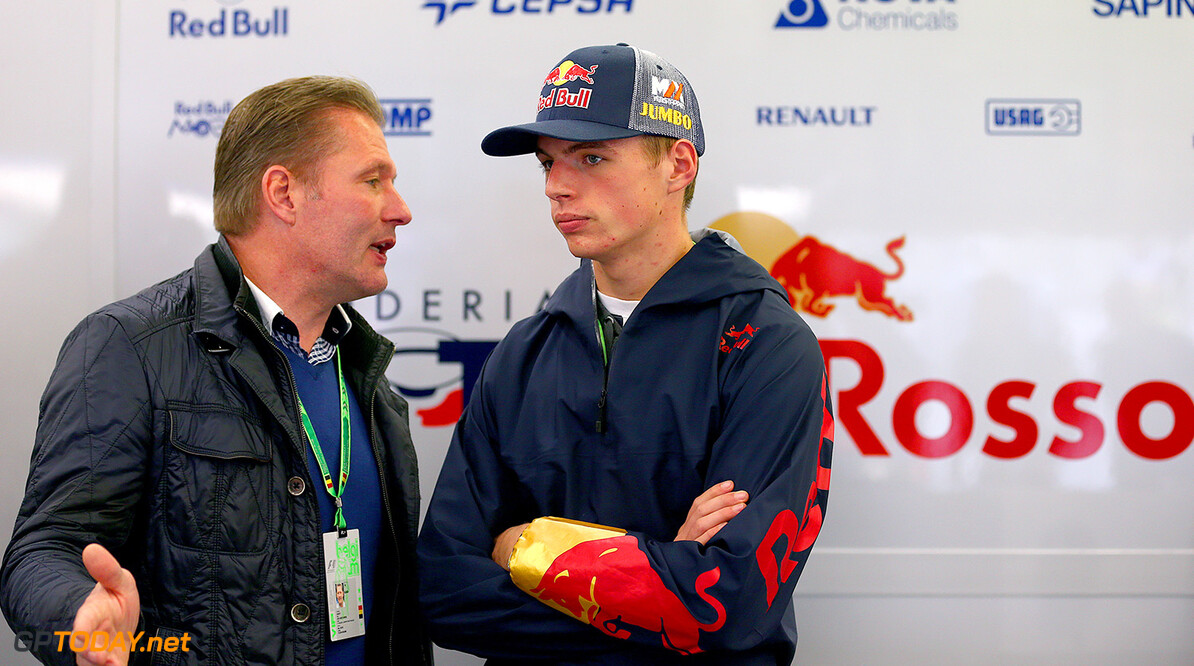 Max Verstappen's ever-present father Jos is going nowhere, as the 18-year-old rookie nears the end of his meteoric first season in formula one. So impressive has the young Dutchman been in 2015 that many are either comparing him with Ayrton Senna or predicting that he could already handle Lewis Hamilton or Sebastian Vettel as teammate at a top team.

"That's a nice compliment," he smiled in an interview with De Telegraaf newspaper. "I think I could handle the next step, yes," Max added. "It's hard to say if I'm ready but I think the only difference is the experience they have compared to me. In terms of speed I certainly feel ready to fight them. But that's easy to say beforehand."

For now, Verstappen doing battle for the championship against a current F1 grandee will have to wait, as he will continue his apprenticeship with the Red Bull-owned junior team Toro Rosso next year. And he said he is more than happy to continue his adventure with his ever-present dad - former F1 driver Jos Verstappen - right by his side.

"For me," Max said, "he is the coach of the year. For many years in succession actually. His presence is very important to me," the younger Verstappen continued. "When I am in the car in the garage and I look in the mirror, I see him. That is how it always has been, actually, ever since I was a boy first stepping into a kart. He is my father and friend but also my sounding board, mentor and release valve." (GMM)