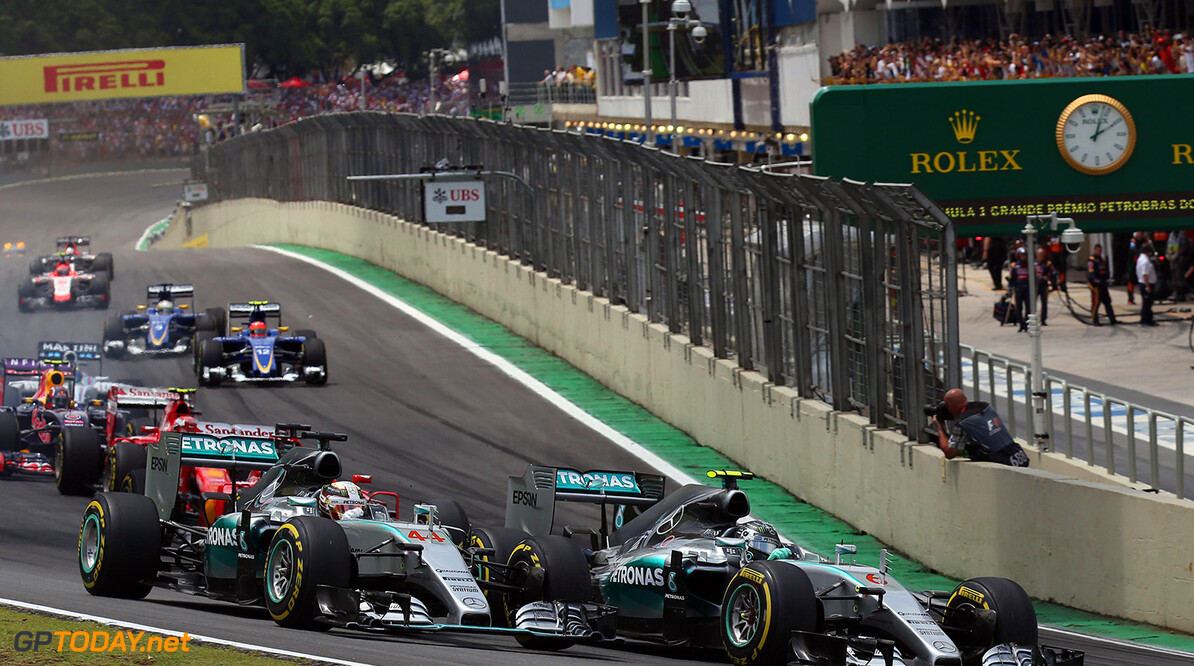 At a sponsor event this week, a Spanish reporter put it to Nico Rosberg that after two consecutive title defeats to Lewis Hamilton, 2016 may be a case of 'third time lucky'. "I like that way of putting it!" the German, who also speaks fluent Spanish, told El Mundo Deportivo newspaper.

Rosberg was attending an event that involved doing a few motocross laps wheel-to-wheel with Marc Marquez, a MotoGP rider whose involvement at the tail end of the title battle between Valentino Rossi and Jorge Lorenzo was highly controversial. "I have followed the bikes for years," said Rosberg, "and this year it was better than ever. As for what happened at the end, none of us can know what went through their heads."

A similar psychological and on-track struggle is playing out at present between Rosberg and his own teammate, triple world champion Lewis Hamilton. Hamilton had a clear edge for most of 2015, but Rosberg now has the upper hand and is desperate to carry his new form into a strong tilt for the title in 2016. "The battle for the next one has started," he confirmed. "We are already practicing for it and testing things for next year. For me, everything is going very well now and that's what I have to continue."

There are plenty of theories doing the rounds. Is Hamilton trying hard enough with the title already in his pocket? Is he partying too hard? Is Rosberg better when the pressure is lower? Or have Mercedes made a technical tweak that suits Rosberg better? Asked what has changed, Rosberg answered: "Nothing. Nothing has changed. I've just worked hard and now I'm faster."

"It's not just a matter of driving hard, you have to work a lot to find the best setup -- it's an amazing amount of work, understanding how everything works. You have to understand what the other guy is doing better so that you can adapt and improve. When I'm in the box, I'm always watching what is happening, comparing with my teammate, understanding where he's faster, what he's using, what I'm using, what we were using before," he added.

The intensity of that sort of relationship means that Rosberg and Hamilton are no longer friends. "We were friends," he confirmed, "but now we're not. We're rivals. In the box it is completely open though. Sharing information is important because if the drivers are not working together, if there is a barrier between them, the team will lose out overall."

But that sort of intense inter-teammate rivalry, Rosberg acknowledges, is hard for the team bosses like Toto Wolff and Niki Lauda to manage. "They suffer, for sure," he said. "It's not as bad for us. We are always very close but with the experience to know how to handle it." (GMM)