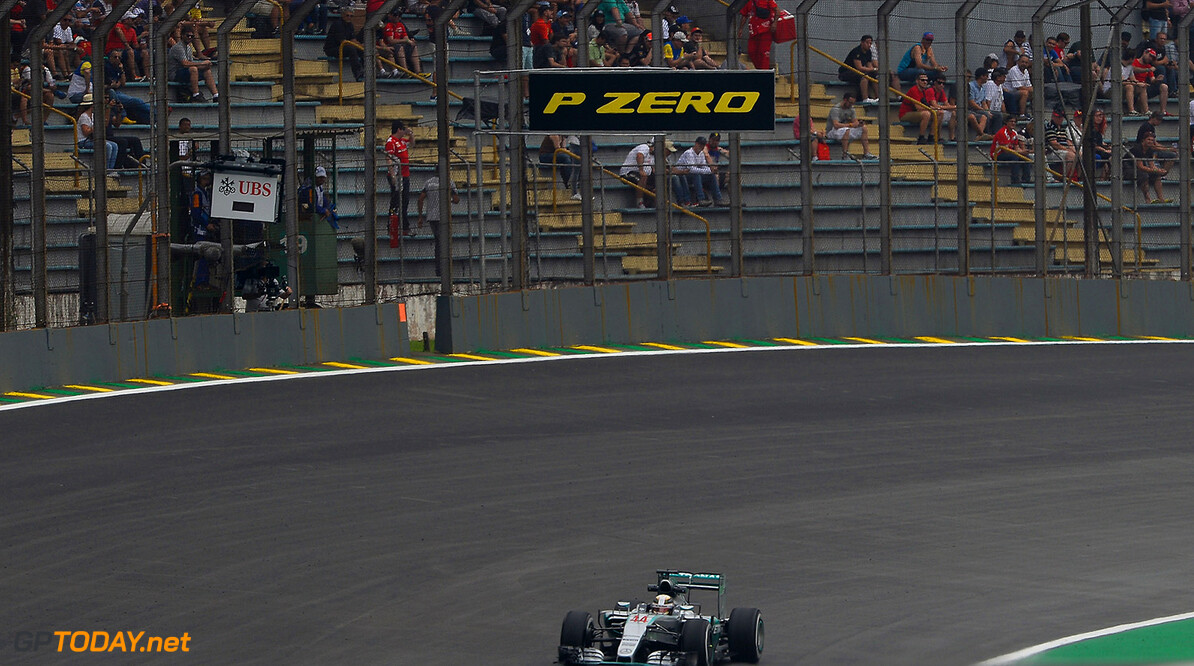 Lewis Hamilton was the fastest man in the third free practice session. The brit suffered from several glitches and difficulties with the gearbox in his car, on one occasion losing gears completely, but managed to get the car running. He managed a time of 1 minute, 12 seconds and seven hundred's of a second on the softer option tyres, one tenth of a second faster than his team mate Nico Rosberg's fastest time that session.

The Mercedes due was closely followed  by the Ferrari duo, with Vettel (3rd) being about three tenths faster than team mate Räikkönen (4th). Finn Räikkönen was closely followed by fellow finn Bottas, who were two tenths slower than Räikkönen. Williams' other driver, Massa, did not manage to impress his home crowd in Brasil, as he only delivered a 12th fastest time this session. Earlier, Massa had told british Sky F1 that he wasnt very happy with the car's setup for the track.

Force India looks set for another pleasant weekend, as Hulkenberg stalked Bottas with a 6th fastet time, and Perez delivered an 8th fastest time, as did Lotus, with Grosjean sandwiched between the Force Indias, and Maldonado landing a time behind Perez.

Red Bull's both teams did not have a very good session, with only Toro Rosso's Verstappen scoring a time within the top ten. Ricciardo was right behind the young dutch, while Ricciardo's team mate Kvyat landed a 13th fastest time. Verstappen's team mate Carlos Sainz jr. struggled on this track, and could only manage to land a 15th fastest time, being slower than McLaren's Alonso.

Sauber, a team that usually perform well on Interlagos, once again struggled with pace, as did McLaren and Manor.