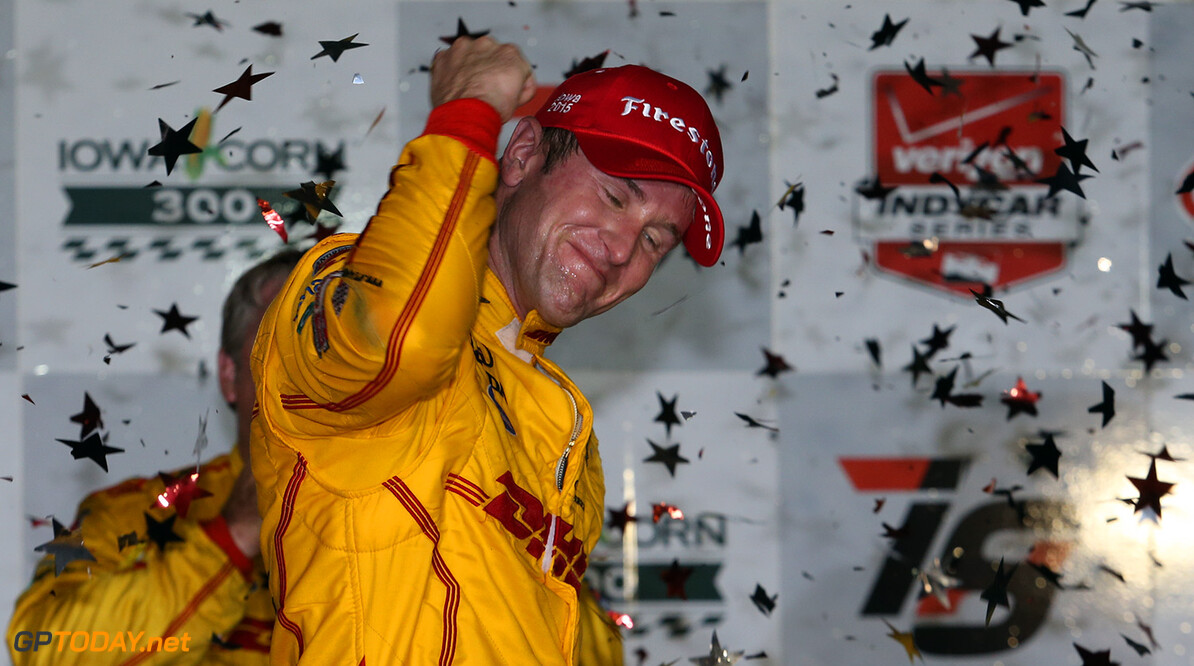 Hunter-Reay signs up for Race of Champions 2015

American IndyCar great Ryan Hunter-Reay has signed up to compete at the Race Of Champions on November 20-21 at London’s former Olympic Stadium. Hunter-Reay won the famous Borg-Warner Trophy and the legendary bottle of milk as he triumphed in the Indianapolis 500 for the first time last year. But it was no easy ride for the American in the biggest single-day spectator event in world sport. After a six-lap closing battle with Brazil’s Helio Castroneves, Hunter-Reay sealed victory by just 0.06s, the second closest finish and the second fastest race in the history of the motor sport classic.

Hunter-Reay is the most successful American driver currently racing in open-wheel competition in the world today, with more race wins than all of the other current open wheel American drivers combined, and the only driver to have taken victories in IndyCar, CART, ChampCar, ALMS, and GrandAm. He won the overall IndyCar Series title in 2012 and took two late victories this year as part of a strong finish that sets him up perfectly for another assault on the crown in 2016.

The American driver made his Race Of Champions debut in 2012 – and he enjoyed a fine return last year in Barbados when he won five of his six group heats. Now this month's ROC 2015 at London’s former Olympic Stadium will be Hunter-Reay's third consecutive appearance against a line-up of greats from all over the world.

Hunter-Reay said: "I'm delighted to be returning to the Race Of Champions for the third time. Fredrik Johnsson and his ROC team put on such a spectacular event and I've really enjoyed my first two appearances in Bangkok and Barbados. It's great fun to go head-to-head with some of the best drivers from the top motorsport disciplines from around the world."

"It's a unique challenge to jump in and out of all the cars – when you get such a short amount of seat time in each. However, last year I won five out of my six races in the groups so I hope I'm starting to get the hang of it! Now I'll see if I can convert that into a good run through the knockout stages too. I'm proud to represent America, IndyCar and the Indy 500 in such a prestigious event and I look forward to hearing the noise of the crowds at London’s former Olympic Stadium later this month."