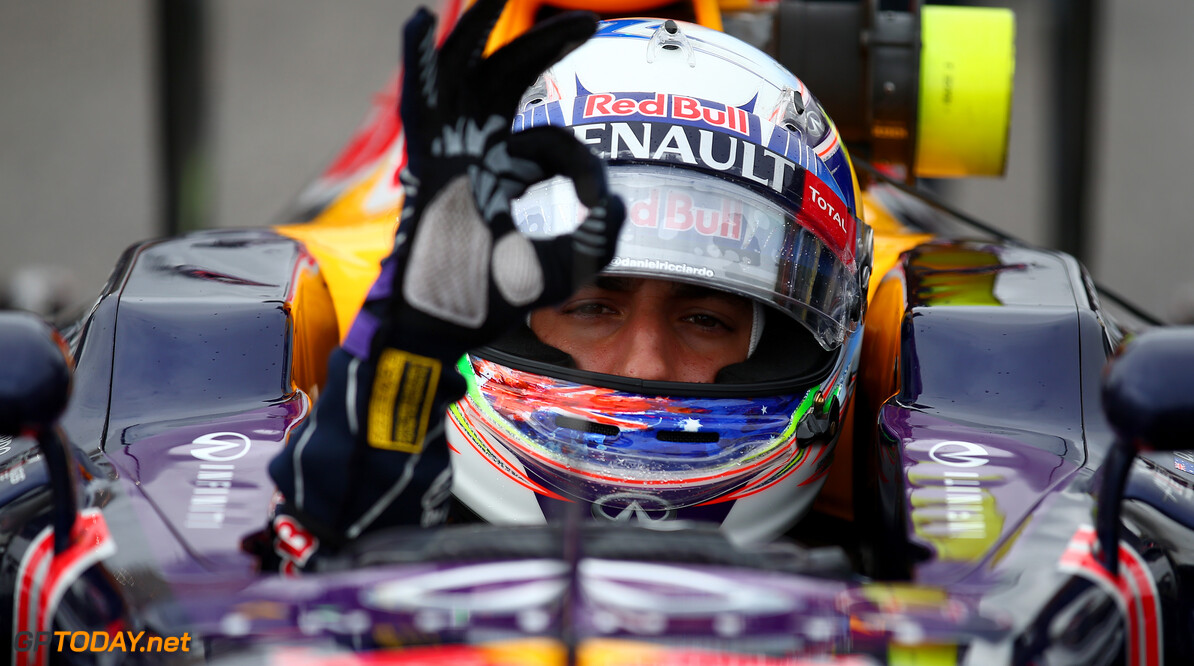 Amid F1 crisis, Ricciardo gets invitation for Nascar

Daniel Ricciardo may already be lining up an alternative in the event he is left without a car to race in formula one. Red Bull has declared that if it can find an engine to use next year, Australian Ricciardo and his current teammate Daniil Kvyat "are under contract" for 2016. "Ricciardo's contract is fixed and all the options are on our side with Kvyat," team boss Christian Horner said in Mexico, confirming that the Russian is definitely staying.

But Horner also hinted that Red Bull is now mere days from running out of time to get a car ready for the first winter test next February. Amid the team's engine supply crisis, well-known Nascar star Dale Earnhardt jr invited Ricciardo as well as MotoGP's Nicky Hayden to race one of his Xfinity cars "on a road course at any time". Ricciardo replied on Twitter: "Ok, I'm looking at the 2016 calendar asap!"

And the 26-year-old told Auto Action correspondent Dan Knutson: "Unofficially I'd love to, let's see what happens. I'll sort out my immediate future with the (Red Bull) team and see where we are for next year first." The most obvious opening for Ricciardo's debut would be the Watkins Glen race, coinciding with F1's summer break next August.

Also reportedly interested in a Nascar race is Romain Grosjean, the new Haas driver whose team founder Gene Haas also co-owns the Stewart-Haas outfit. "That would be pretty good," Ricciardo said. "Party at the Glen -- it sounds good."

Meanwhile, amid the uncertain future of F1's Red Bull-owned teams, the Dutch newspaper Algemeen Dagblad said Max Verstappen is nonetheless relocating from his current home in Belgium to the tax haven of Monaco. "He is waiting for a residence permit," said the report, "which is likely to be issued at the end of the year." (GMM)