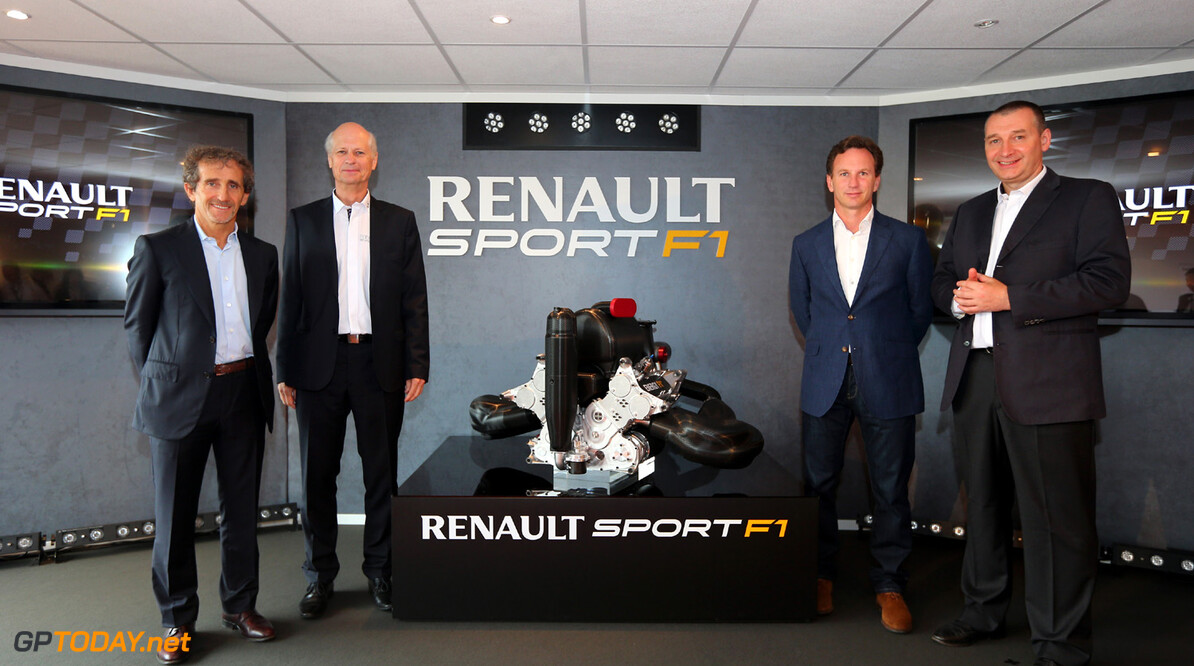 Prost: "Not sure if relation between Red Bull and Renault can be repaired"

Alain Prost is not sure the damaged relationship between Renault and Red Bull can be repaired. Red Bull, and its sister team Toro Rosso, risk being left without a power unit to use in 2016, after Mercedes and Ferrari ruled out jumping to the rescue. And it is clear that officials of the energy drink company are not prepared to beg.

"It is an honour that we seem to be considered such a threat by our competitors," Dr Helmut Marko told the German newspaper Bild.

Asked what the current situation is at the chequered flag at Sochi, the Austrian added: "We have no engine. Still not. And it is not in our plan for Christian (Horner) and I to push the cars. "Our chassis is good, but not so good that we can race without an engine."

And so F1 supremo Bernie Ecclestone, known in the past for putting together miracle deals, is now involved. In fact, the 84-year-old declared at Sochi that the Red Bull crisis is now "sorted".

"Bernie is trying to do what he can do," Mercedes' team chairman Niki Lauda told the German broadcaster Sky. "It would be madness if Red Bull would leave formula one like this. The damage (to F1) would be too great, so somehow it has to be prevented."

But that does not mean Mercedes is going to change its mind about supplying Red Bull next year. Indeed, there are rumours the German marque has already started making approaches to some of Red Bull's potentially out-of-work top engineers.

And Toto Wolff was spotted in conversation at Sochi with Toro Rosso sensation Max Verstappen's father Jos as well as his manager, with 18-year-old Max having already referred to the possibility of racing a 'third car' in 2016.

"I've known 'crazy' Jos for so many years," Wolff told F1's official website. "So we just had a nice talk over coffee."

Red Bull's last chance of survival now might be to patch up its shattered relationship with current engine partner Renault.

But the French carmaker's F1 ambassador Prost is not sure that is possible.

"A lot of damage has been done and I don't know if it can be repaired," the F1 legend told French broadcaster Canal Plus.

"The facts are that Dietrich Mateschitz announced that he does not want to continue with Renault, and Carlos Ghosn said that Renault will not remain in F1 only as an engine supplier.

"From there, I don't really see how the situation could evolve favourably (for Red Bull)," Prost added.