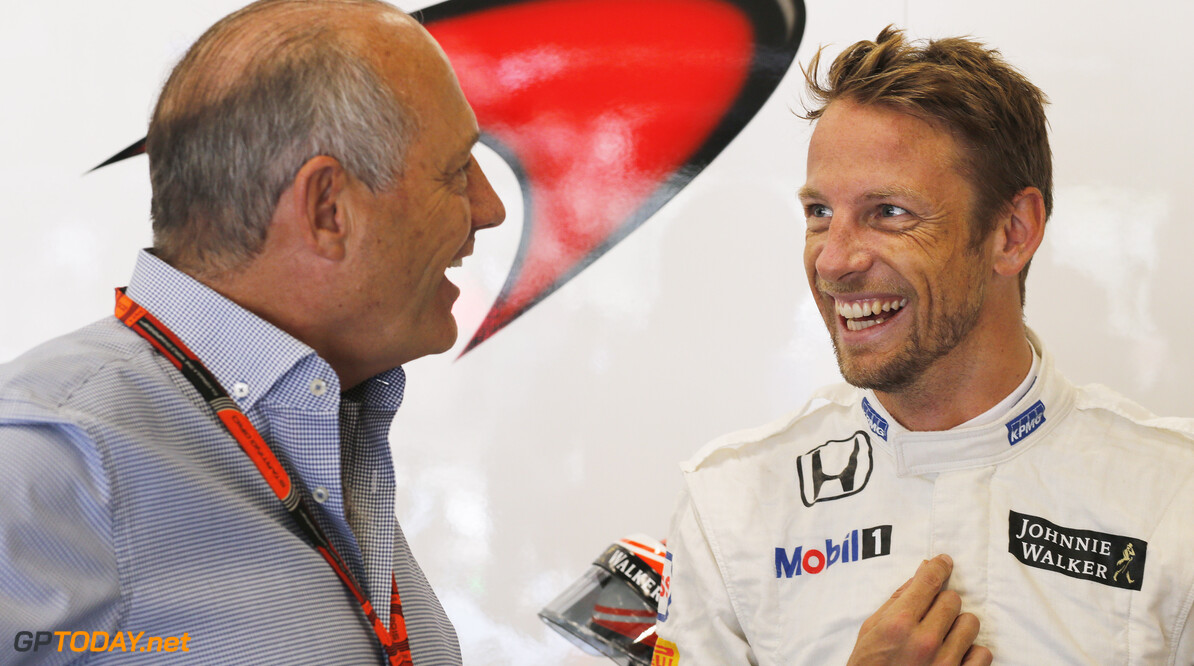 There were plenty of shattered pieces to pick up after McLaren-Honda's struggling collaboration continued to fall apart in Japan. Even Mercedes' Niki Lauda was drawn into the saga, having suggested that his old team boss Ron Dennis should end the uncertainty about Jenson Button's future by simply coughing up the agreed money.

Lauda was publicly rebuked on the grid by Dennis on Sunday. "I just wanted to help," the Austrian legend explained, "to keep Jenson in formula one as the last gentleman in this sport." Dennis, reportedly sick in bed with a virus on Saturday, also tried to repair the damage on Sunday by saying he always intended to keep Button on the team for 2016.

But when told about Dennis' confirmation, Button was unimpressed. "That's his choice," he said, "but I'm not going to comment on something that I don't know the future of. It's a private matter that shouldn't be publicised," Button added. "It's not the right time to say anything because nothing is done." Dennis had said the matter of Button's contract was "simple", but Button insisted: "There's been a lot going on. It's not been straightforward."

Dennis also spent time fighting fires on Fernando Alonso's side of the garage on Sunday, despite accusing the Spaniard of a lapse of "professionalism" when he compared Honda's power unit to a "GP2 engine". Alonso then signed off the race weekend by answering "I don't know" as to whether he will still be a McLaren driver in 2016.

"I don't know what he means by that comment," said Dennis. "I'm surprised as I spoke to him earlier today, he has a contract and he understands the contract." Indeed, Alonso used Twitter late on Sunday to back-paddle on what Dennis acknowledges is a case of "demotivation" and "frustration".

Alonso said radio conversations, although transmitted globally, are essentially "private chats", as he also pledged his future to the Woking team. "No one should have any doubt that I have three years with McLaren and my career in F1 will end with this team, hopefully winning everything," he added.

And Spain's El Confidencial newspaper also quoted Alonso as saying: "Honda has my full support. The people from Honda, when they see you, come and ask for forgiveness and patience, and the support remains the same but - hey - when you are passed by (Sauber's Marcus) Ericsson ... it's hard."

Dennis explained: "Anything that's coming out of our drivers at the moment has its origin in frustration and disappointment and demotivation. We are all demotivated, but we will get there. It's just painful at the moment." (GMM)