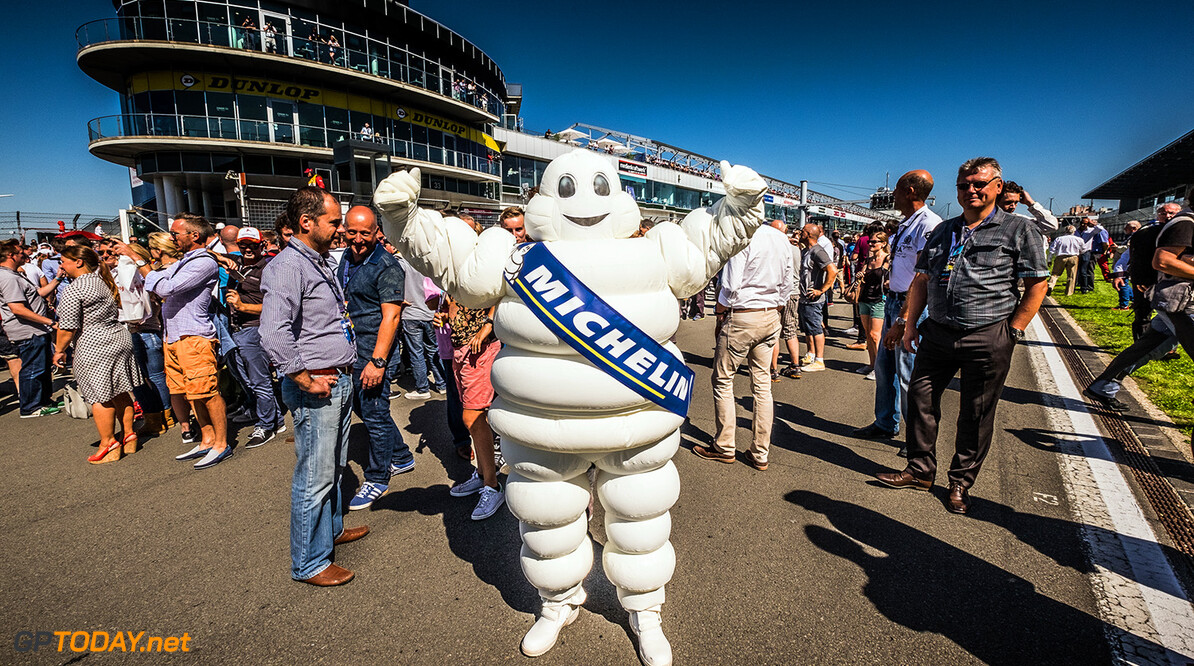 Michelin remains open to going wheel-to-wheel with Pirelli in 2017. Currently, Bernie Ecclestone is in talks with the tyre manufacturers regarding which of them will be F1's sole supplier beyond Pirelli's 2016 deal. But after the tyre blowout controversy following the recent Belgian grand prix, Michelin is applying the pressure.

"We know Spa very well," said the French marque's motor sport chief Pascal Couasnon, "because we have been there every year with the WEC for the 6 Hours. And we know it is a very demanding circuit for the tyres," he told Germany's Sport Bild. Pirelli, however, is poised to announce that it was actually track debris that caused both blowouts in Belgium, including the one suffered by the furious Sebastian Vettel that was earlier blamed on excessive wear.

So while Michelin and Pirelli are duelling behind closed doors with Ecclestone, Couasnon said Michelin is open to also doing battle on the track. "The move to 18-inch tyres would already be a challenge in itself," he said, "but we always prefer direct competition and therefore an open battle against other tyre suppliers would be welcome." (GMM)