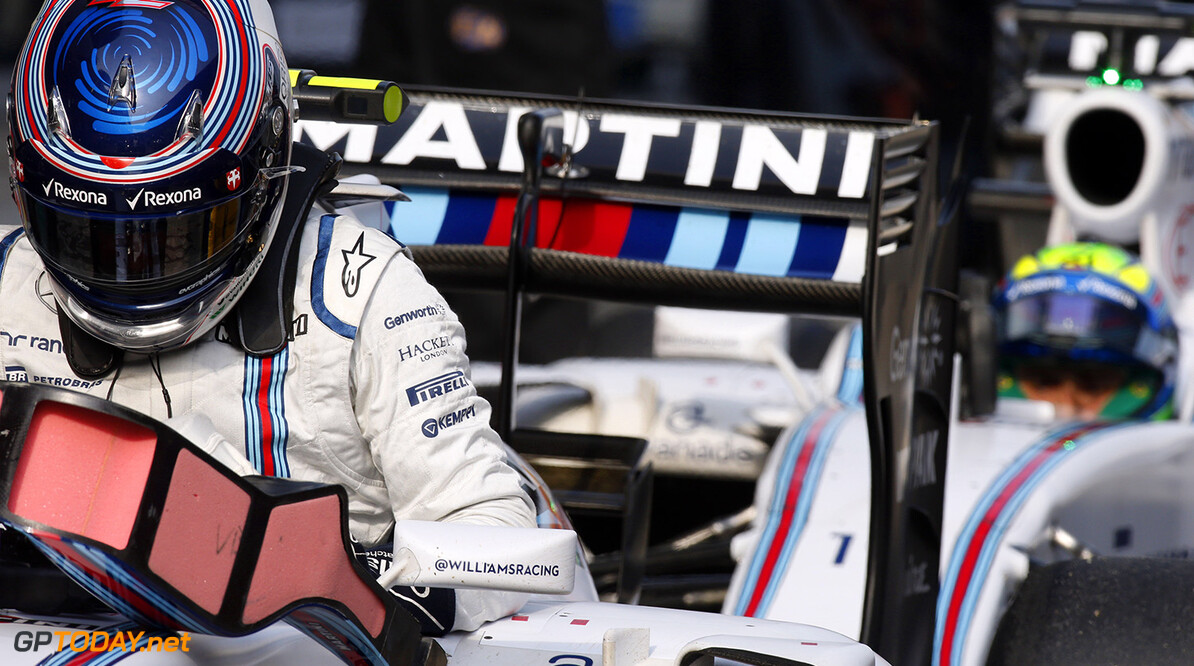 Massa hopes for another year with Bottas at Williams

Now that Valtteri Bottas is not heading to Ferrari next year, Felipe Massa says he hopes his current teammate stays at Williams in 2016. It is believed the Bottas-Ferrari deal fell through due to the millions demanded by Williams for his release.

Even so, Bottas and his management are refusing to state clearly that he will definitely still be with the British team in 2016. Massa said: "I hope I now spend another season with Valtteri. We are working well for the benefit of the team and I hope it continues."

Also not yet guaranteed is Massa's place at Williams, though many believe it is the Brazilian's solid form in 2015 that raised question marks about Bottas' potential. One rumour is that Williams is pushing for Brazilian sponsor Petrobras to ramp up its backing of the Grove squad. Massa insists: "I have no relationship with Petrobras. Williams signed a contract with me not because of Petrobras, but because of what I bring as a driver."

As for whether he will agree a new deal for 2016, Massa answered: "We haven't yet, we're just waiting for the right time. "The situation has not changed. I have said that I want to stay and that I like working with Williams, and I think the team can say the same thing about me." (GMM)