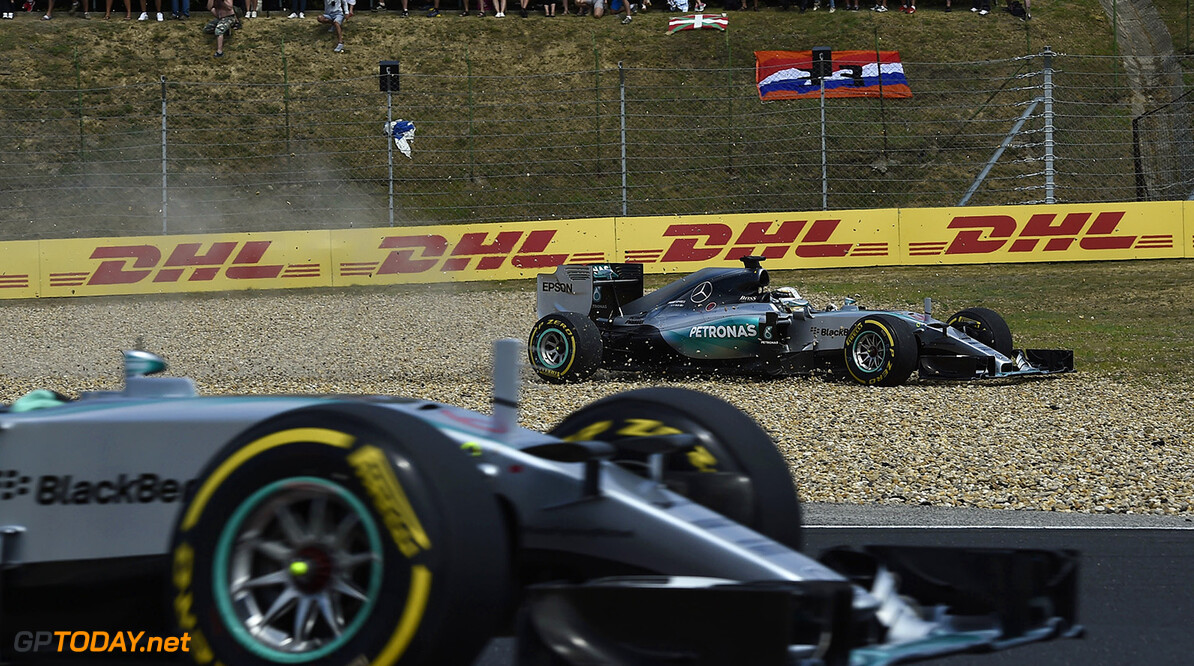 Niki Lauda has played down suggestions the Jules Bianchi tragedy may have contributed to Lewis Hamilton's bad performance in Hungary. As Mercedes failed to make the podium for the first time in the new 'power unit' era, Hamilton apologised to the team and admitted he was "all over the place". "I don't know if it was a lack of concentration or what," the reigning world champion, and 2015 championship leader, added.

Just prior to the start of the race, the drivers congregated at the front of the grid for a minute's silence with Jules Bianchi's parents, a few days after many - including Hamilton - attended their late rival's funeral in Nice. Subsequent reports indicated some drivers, including Red Bull's Daniil Kvyat, had been badly affected by the tribute.

Hamilton's boss Niki Lauda, however, played that down. "(Winner Sebastian) Vettel was also in the minute's silence," the F1 legend and Mercedes team chairman said, "and he drove a great race. I don't think that would affect the drivers, but of course I cannot look into their souls. Lewis apologised to the team, and we respect that," Lauda added.

Lauda said Mercedes' race was marred most significantly by Hamilton and teammate Nico Rosberg's bad starts, just one race before an FIA clampdown comes into effect for Spa. "It was a wake-up call at the right time," said the great Austrian. "Now we can calmly analyse everything so that these many small errors do not occur again." (GMM)