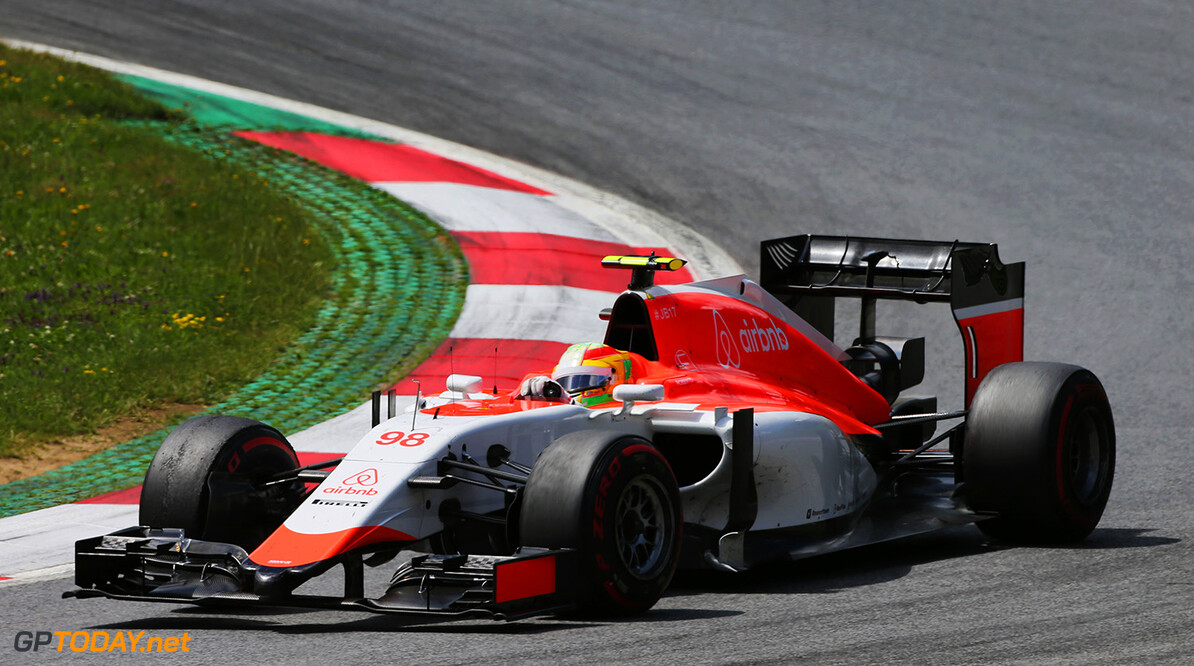 Merhi still looking for sponsor to cling onto Manor seat

As the mid-point of the 2015 season approaches, Roberto Merhi has clung onto his Manor seat so far. The rookie Spaniard's place has been under a cloud all year, as the former Marussia team left the back door open for a driver who can bring more funding.

But it emerges that Merhi, 24, will retain his seat for the forthcoming British grand prix, even though he has not given up the search for a sponsor. "We're seeing if we can bring a sponsor," he confirmed to the Spanish daily Marca, "but the results are coming now and that is what helps me."

Merhi said Manor will finally add some new parts to the outdated 2015 package at Silverstone, while he is feeling happier with his own performance. "The team is happy with the times and the consistency," he revealed. "It is true that it took me time to adapt to the car and the Pirelli tyres, but everything has changed now."

It was said that Merhi's place was in doubt due to the recent signing as reserve driver of 2013 GP2 champion Fabio Leimer. But the Swiss is in fact headed to London this weekend for the Formula E race, after Virgin regular and former F1 driver Jaime Alguersuari had his licence suspended by the FIA following a recent fainting spell. (GMM)