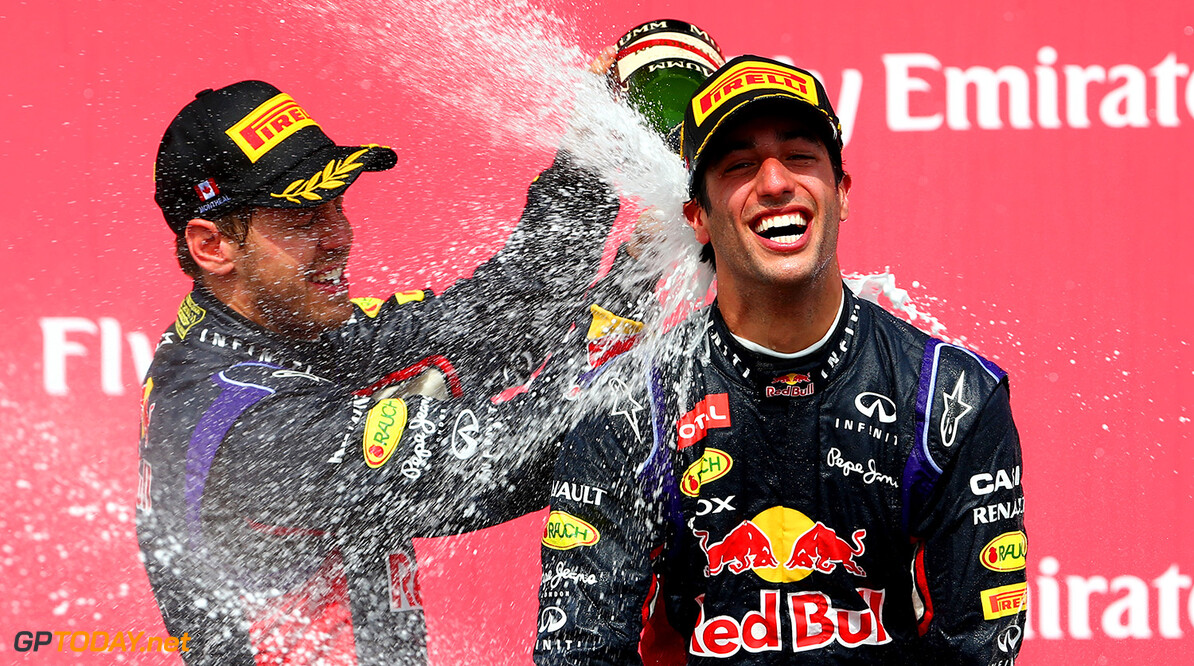 Vettel too passionate to just walk away - Ricciardo

Daniel Ricciardo has contradicted boss Christian Horner's claims that Sebastian Vettel came close to quitting F1 last year. Horner, the team chief at Red Bull, caused a stir this week when he told the media that amid the quadruple world champion's struggles to match Ricciardo in 2014, the German thought about retiring before deciding to switch to Ferrari.

But quotes attributed to Vettel in the German press insist any stories of quitting have been "taken out of context and exaggerated". And Australian Ricciardo, who will now lead Red Bull from the cockpit in 2015, also doubts that Vettel seriously thought about leaving formula one.

"From what I saw he was never going to leave," he told Britain's Sky. "He's way too passionate about the sport to just walk away. With Ferrari this year he's going to have a challenge," Ricciardo added, "but I think he'll come out of his shell some more and try and get them going again." (GMM)
F1 News Daniel Ricciardo Sebastian Vettel Ferrari
<< Previous article Next article >>
.