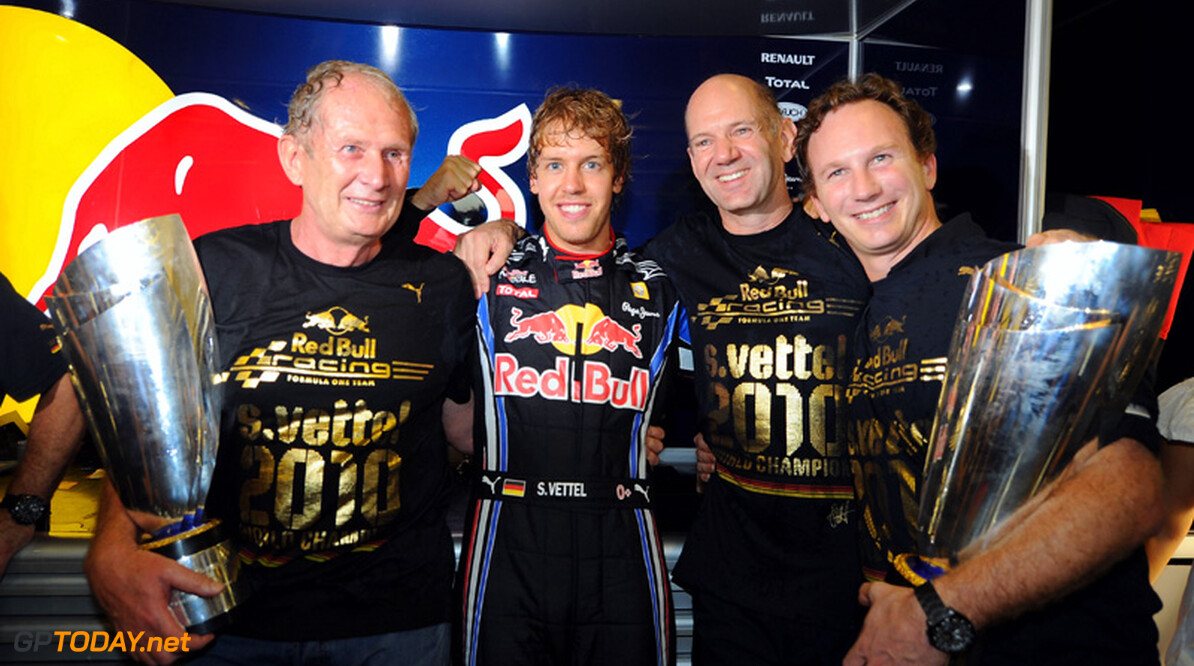 Red Bull has told departed team champion Sebastian Vettel it owes the German one of his title-winning cars -- but not yet. 27-year-old Vettel's long contract with the energy drink owned company ended completely last Friday, and he wasted no time in immediately heading to Fiorano to test a Ferrari single seater.

But this week, Vettel was back at his old 'home' in Milton Keynes, where at the Red Bull factory a final farewell party was thrown for the team's former four-time champion. Pretzels were consumed under German flags, and Vettel was gifted a range of Italian-themed parting presents, like an espresso cup and a pair of red Speedos.

"One of his championship-winning cars will also be finding its way into his garage," Red Bull announced. But team boss Christian Horner said Vettel will not be getting the Adrian Newey-penned car just yet, because "We don't want it turning up in Maranello."

Vettel did, however, admit his last blast with the company that groomed him from boyhood was emotional, particularly after speeches by Horner and Newey. "So much passion, so much dedication," he said. "Big, big thank you to everyone. In the end we had the better car because we were the better team. Thank you really doesn't really describe enough what I feel." (GMM)
F1 News Sebastian Vettel Ferrari
<< Previous article Next article >>
.