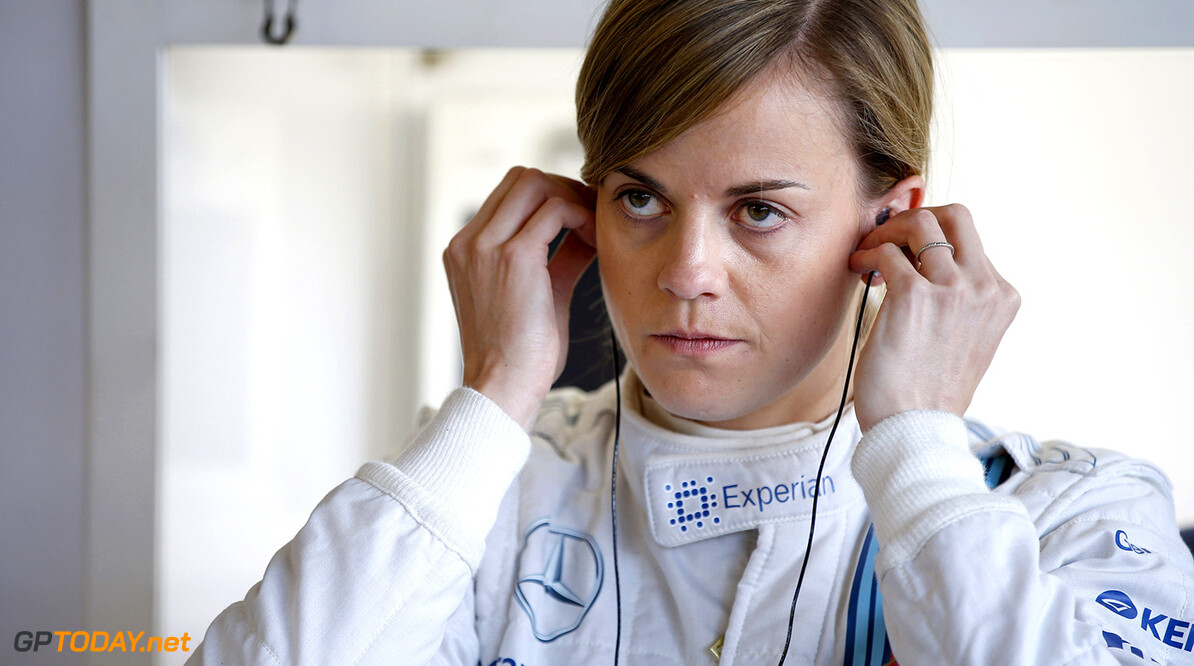 Williams is pleased to announce that Susie Wolff will be stepping up to the position of Official Test Driver for Williams Martini Racing for the 2015 Formula One season.

In this role Susie will be driving the Williams Mercedes FW37 in two FP1 sessions and two test days during the 2015 Formula One season. She will also be conducting extensive simulator testing to help in the ongoing development of the FW37 and FW38. This new role builds on Susie's three seasons as Development Driver for Williams which culminated in driving the FW36 during FP1 at the 2014 British and German Grands Prix. This saw her become the first female driver to drive in a Grand Prix weekend for two decades. The team is currently evaluating a number of drivers to replace Susie as Development Driver.

Speaking about her new role Susie Wolff said; "This is another step in the right direction for me. I am delighted Williams are recognising my progression, hard work and that it is performance that counts. Williams is at a very exciting stage in its history and we are moving into 2015 with fantastic momentum, I'm proud to be part of the team. I'll be using my position to work closely with Felipe and Valtteri to make sure that the FW37 builds on the strong performance shown by the FW36."

Claire Williams, Deputy Team Principal of Williams Martini Racing added; "We are delighted to have Susie continuing with the team next season in this new role. She continues to impress us with her strong technical knowledge, the feedback she delivers and the performance when she drives the car both on the track and in the simulator. She has steadily increased her time behind the wheel since she joined us in April 2012 and her appointment as Official Test Driver was a natural progression. We have a very strong and stable driver line-up for 2015 and this will be a key asset as we look to build on a positive 2014 season."
F1 News Susie Wolff Mercedes Williams
.