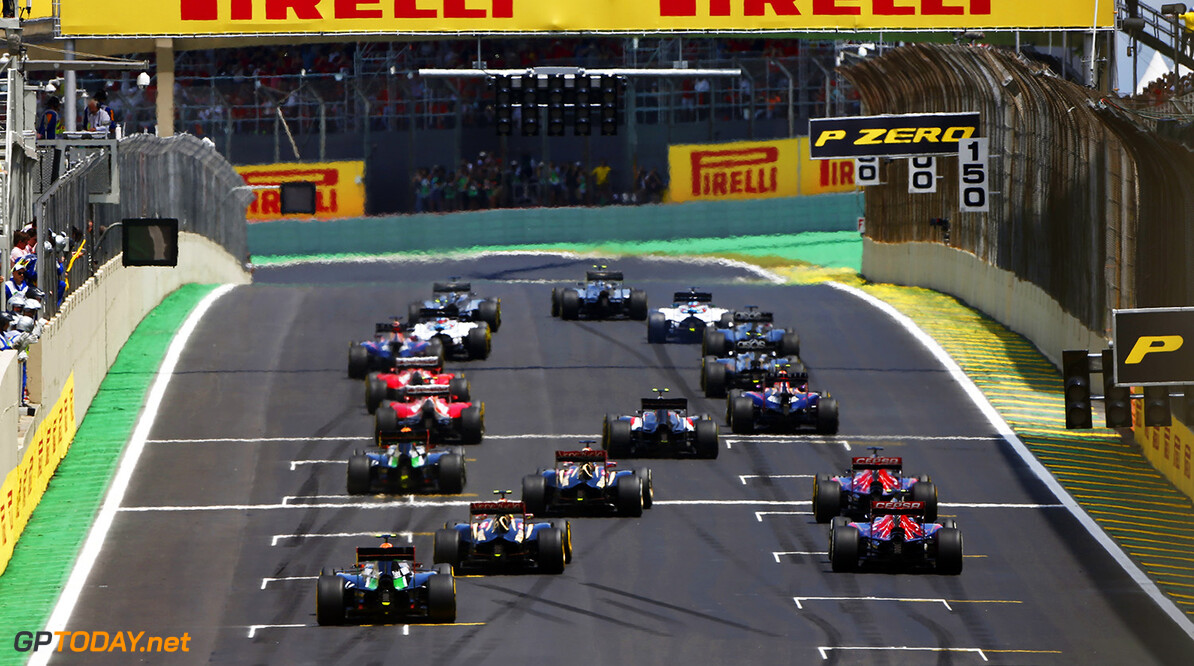 Even with F1 speeding towards its intriguing double-points title finale, money remains the big off-track topic of the moment. Although no longer trading and having laid off its workforce, Manor - formerly Marussia - is said to be in talks with investors about returning in Abu Dhabi.

It's a similar story at Caterham, where administrators have already raised more than half of the $3.7 million they need to revive the green team for the season finale, thanks to the controversial crowdfunding scheme.

The team might also have another $55,000 in the kitty if it accepts an offer from the grandfather of British female driver Alice Powell, who wants to pay for a Friday practice drive in Abu Dhabi. "I am really hoping the administrators come back with a positive response," Jim Fraser, Powell's grandfather, told the Daily Mail newspaper.

But if Marussia and Caterham do ultimately fail, talks about boosting the depleted grid with three-car teams will become louder. Currently, the F1 teams are awaiting a response from Bernie Ecclestone and F1 owner CVC's Donald Mackenzie.

It is believed they are considering releasing more funds, but who will actually receive the money is not clear. F1 supremo Ecclestone said in Brazil last weekend that the struggling small teams, including Lotus, Sauber and Force India, will not get the touted 'fighting fund'. "We give these teams enough," he said. "Not enough to survive in the way they are surviving, but enough to survive. The way forward is very easy -- don't spend as much," said Ecclestone.

Another potential solution, although initially seemingly counterintuitive, is to give more money to the bigger and more stable teams. It is said Ferrari has already agreed to run a third car next year, but Red Bull is baulking at the apparent price-tag. "It's between 35 and 40 million euros (to run a third car)," team boss Christian Horner is quoted by Germany's Auto Motor und Sport, claiming the Briton wants CVC to pick up the tab.

Horner is also quoted by Italy's Tuttosport: "We could not deploy the third car within our current budget, so at the moment it's not something we're thinking about."

Mercedes, meanwhile, is not at all keen on the third car idea, but team chairman Niki Lauda is quoted as saying: "The distribution of money is first and foremost a matter for CVC. We can do nothing but wait for suggestions. If CVC has a reasonable plan, we can talk about everything," said the F1 legend. "Even free engines for the (customer) teams." (GMM)
F1 News Lotus F1 Ferrari Force India Mercedes Sauber Manor Motorsport Marussia
<< Previous article Next article >>
.