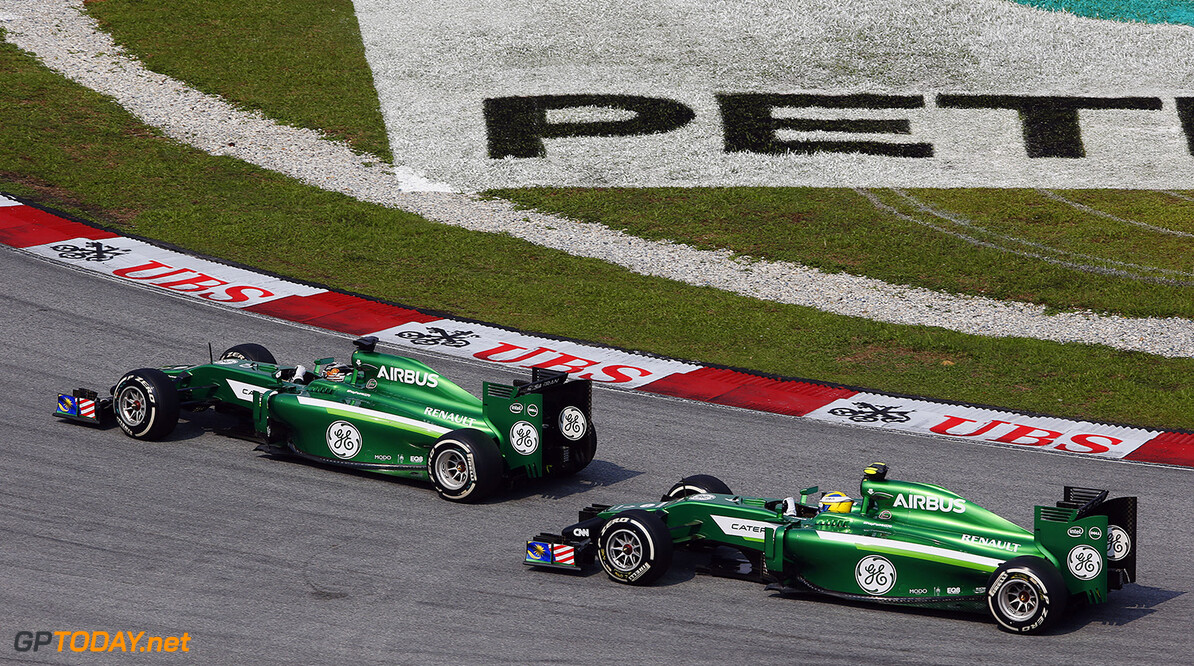 Clock is ticking for Caterham to meet Austin deadline

The clock is ticking down to struggling F1 backmarker Caterham's apparent collapse. With the Saturday freight deadline for sending cars and equipment to Austin now just hours away, staff remain locked out of the Leafield factory while an unseemly spat continues to escalate between the team's former and current owners.

Former owner Tony Fernandes, the well-known Malaysian entrepreneur, broke his silence on Thursday by insisting that the new buyer called 'Engavest' has not paid up. "There was no legal obligation to transfer the shares to them unless certain conditions - which included paying creditors - were met," he said.
More about F1 News


The team's operating company, Caterham Sports Limited, has been appointed an administrator on behalf of an unpaid Malaysian bank, triggering the very real danger that the recent Russian grand prix was the team's last grand prix. "I sincerely hope that this will not be the case and that a solution can be found," said Fernandes.

Caterham Group Graham Macdonald was even more critical, accusing Engavest of never having "any intention" of paying its bills. "I go on to question how anyone who was interested in the long term future of the business would appoint one of their cleaners - Constantin Cojocar - as the sole director and shareholder of the UK operating company," he charged.

Engavest's reaction to the scandal has been to insist that because Fernandes never handed over his shares, the Malaysian is in fact still responsible for the team and its liabilities. In a counter-statement, the Swiss based company also accused one of Fernandes' representatives of "breaking into a filing cabinet" at Leafield containing "private and confidential documents", resulting in Engavest's "total contempt of Mr Fernandes".

Engavest, advised by serial F1 backmarker chief Colin Kolles, insists it has met the conditions of Fernandes' sale agreement. But with the race cars locked inside Leafield by the administrator Finbarr O'Connell, it appears unlikely Caterham will be on the Austin grid, as required by Bernie Ecclestone. "Everybody is prepared to go to Austin," Kolles told media late on Thursday. "The problem is if the administrators are not changing their mind it is difficult."

He dismissed O'Connell's claims that Caterham could be rescued by a third party stepping in to buy the team. "He lives in dreamland," Kolles charged, according to Speed Week. "Perhaps he wants to be the team principal himself." (GMM)
F1 News
.