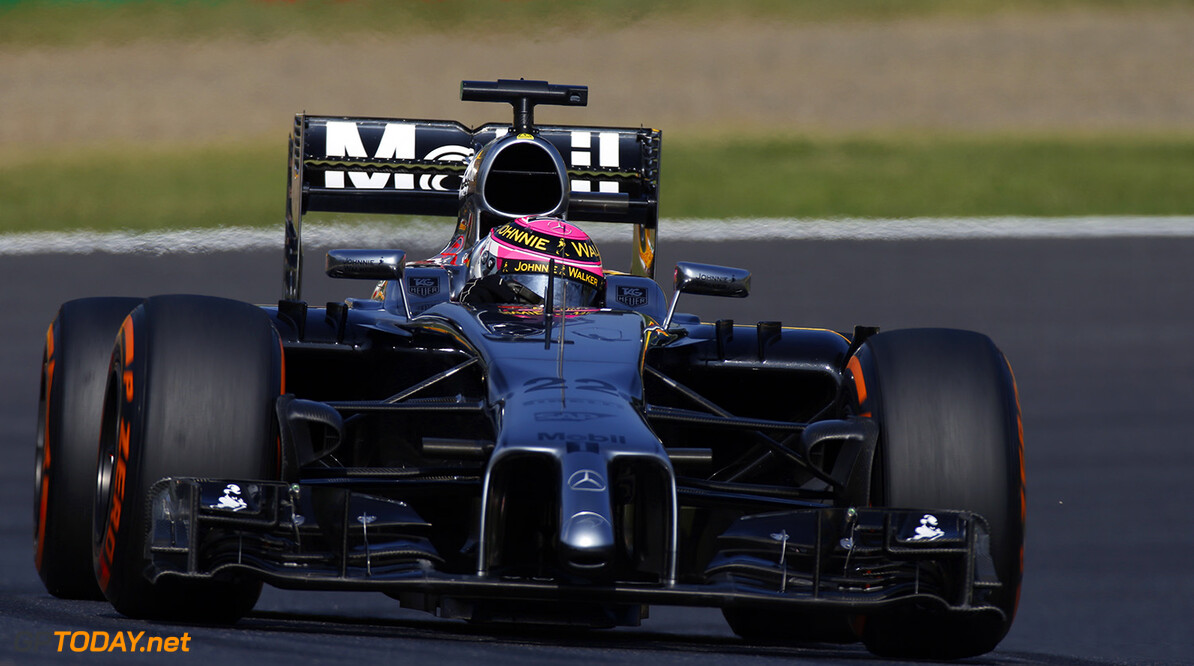 McLaren and Honda could be planning to run an interim F1 car outside the sport's officially-sanctioned test dates.

It has emerged at Suzuka that the returning Japanese carmaker's new turbo V6 is being mated to an "experimental vehicle" that according to Germany's Auto Motor und Sport is called MP4-29H.
More about McLaren


The 'H' supposedly stands for Honda, meaning this year's Mercedes-powered McLaren is being modified to accommodate the different Honda installation.

The fact McLaren-Honda is working on the car indicates the collaboration is planning an unique approach to the 2015 season.

Earlier, it was expected the MP4-29H might debut at the post-Abu Dhabi test.

That is now no longer so certain.

Ron Dennis is quoted as saying: "We will start to use it at a time subsequent to the season finale in Abu Dhabi.

"Out of respect for Mercedes, it will be after this date, but we do not know exactly when."

Officially, however, F1 teams are not allowed to freely test outside of the sport's test restrictions.

The first official winter test ahead of the 2015 season is at Jerez in February.

But the fact McLaren is building a special Honda-powered 2014 test car indicates either that the full 2015 test car will not be ready for Jerez, or that the team plans to go its own route with private testing.

Team boss Boullier is quoted by Auto Motor und Sport: "There is a gentleman's agreement among the engine manufacturers that prohibits track tests outside the official dates.

"But we could test if we wanted, because Honda is not (yet) officially part of the world championship," said the Frenchman.

Mercedes' Toto Wolff does not like the sound of that.

"You can't put an engine in an experimental car or whatever and just drive around. It's clearly against the rules."

He said Boullier's argument about Honda not yet being an official part of F1 is not valid.

"McLaren is enrolled as a team," said Wolff. "And if they have an engine supplier (for 2015), then you can't just say 'I don't know who my supplier is'.

"In this case, the rules are quite clear," he insisted.

At any rate, Boullier confirmed the possibility that McLaren's full 2015 car, the MP4-30, may not run at the first official test at Jerez.

"No problem," he is quoted as saying. "We have no pressure."
F1 News Mercedes McLaren Honda
.