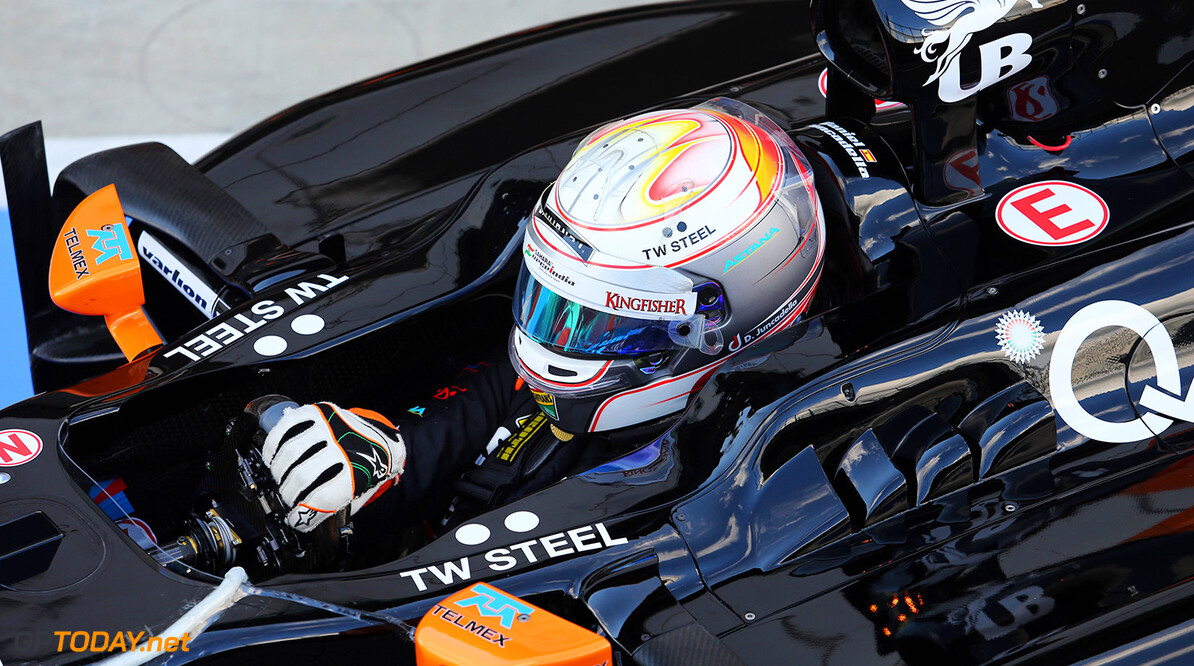 Juncadella in contention for Force India seat for 2015

Dani Juncadella has leapt into contention to make his formula one debut in 2015. The 23-year-old, Mercedes-linked Spaniard is already Force India's reserve driver, and at Monza this weekend he will practice for the first 30 minutes on Friday morning.

Now, the Spanish newspaper El Confidencial said it is possible Juncadella is in the running to replace Force India's Sergio Perez next year, after the Mexican said he was in talks with teams other than the Silverstone based one for 2015. Not only that, Juncadella has a sponsor -- Astana, promoting the Kazakh capital, is already on the livery of Force India's 2014 car.

He admits a 2015 debut is possible. "Yes, of course. They (Astana) remain eager but it can be the typical game of 'who brings the most' so you never know what can happen. The amounts you hear about with some drivers are pretty ridiculous," said Juncadella.

"They (Astana) are relying on me for next year, the choice is clear, but from the economic point of view it must be conscionable. My sponsor has been supporting me over the years with amounts of money that are not exaggerated, so it is not a matter of going from year to year with excessive quantities of millions. I'm in the DTM with Mercedes and I am very happy, so in the end it has to be something right that works for everyone," he concluded. (GMM)
F1 News Sergio Perez Mercedes Force India
<< Previous article Next article >>
.