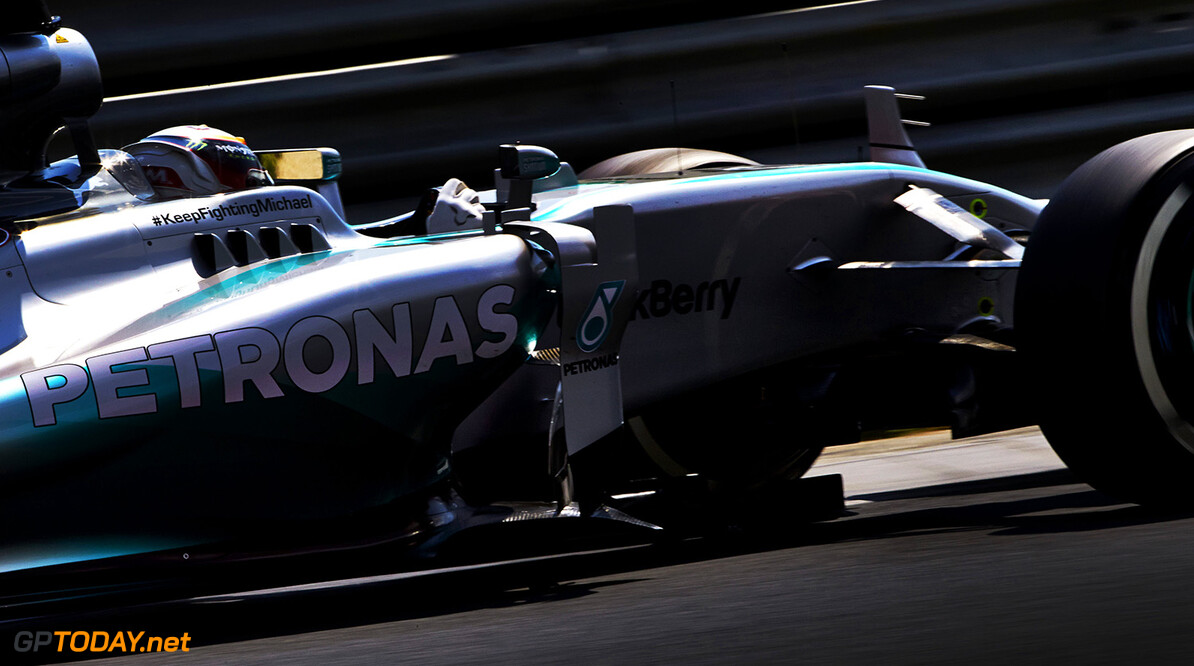 Hired to be me, and to race my heart out - Hamilton

Lewis Hamilton has hit back at suggestions he was wrong to ignore team orders during Sunday's Hungarian grand prix. Niki Lauda, who after Hamilton's qualifying fire had cheered the Briton up over pizza, insisting with typical clarity that the driver was "right" and the German team "wrong". "Lewis ignored it because he remembered before the season that we said they could fight freely against each other. "That's why he did the right thing," the great Austrian told Bild newspaper.

Not everyone is as convinced. The headline in the major German daily Welt claims Mercedes is the victim of "Hamilton's ego-show". "With his disobedience, Hamilton weakened the authority of the team leadership and provoked his teammate Nico Rosberg, for a comparatively low reward."

But according to Hamilton, that's not the point. On Monday, he insisted he is "hired to race". "It is not questioning authority," the 2008 world champion explained. "I am hired to be me, and race my heart out."

Team boss Toto Wolff and Rosberg agreed after the race that Hamilton's defiance had cost Mercedes a race win. Again, Hamilton doesn't see it that way. "I did not cost Nico a win," he insisted. "I was racing against him! Why would I be concerned for him? I don't think I was being ruthless. I was not even being bloody minded. I was doing my job. I tried my hardest to be ahead and I don't feel as though I was obligated to help."

John Watson, a former F1 driver turned commentator, thinks the problem is home grown. "Is Toto Wolff more interested in projecting himself?" he wondered. "Does he really have the authority?" the former McLaren driver told the Daily Mail.

"Paddy Lowe is a fantastic guy, but he is not the person to deal with this. Lauda is a very clever man, but I don't know what authority he has. If there was one person who could kick ass in that team, it is the person that they let go, Ross (Brawn)," said Watson. (GMM)
F1 News Lewis Hamilton Nico Rosberg Mercedes McLaren
<< Previous article Next article >>
.