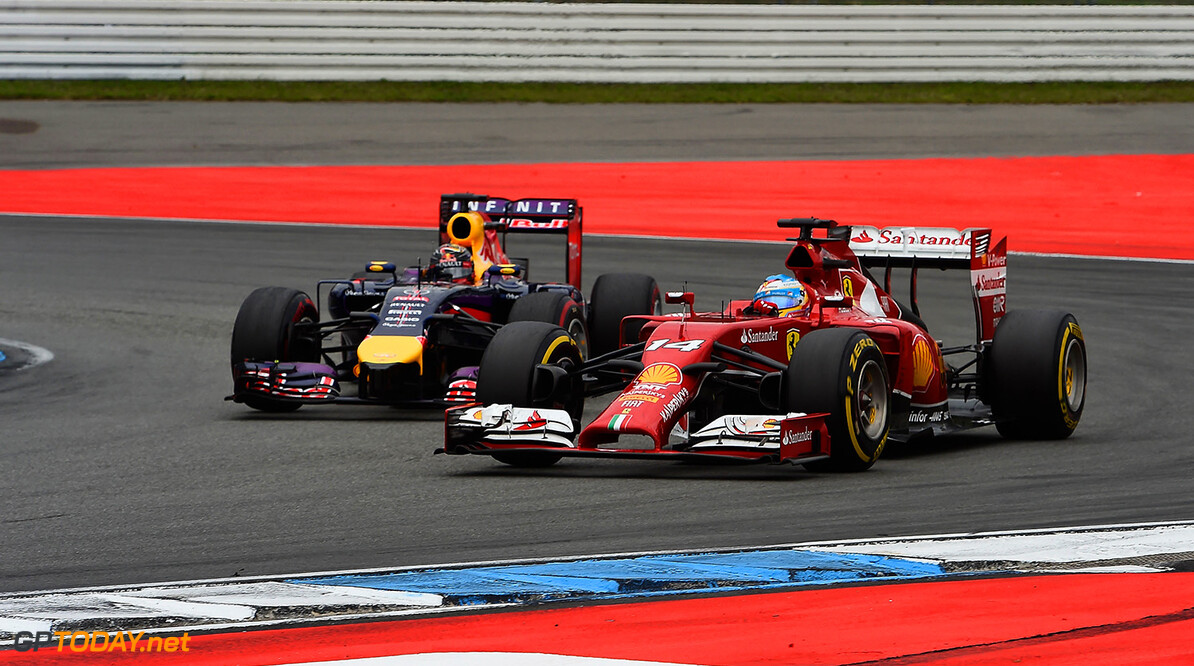 Fernando Alonso has hailed the "amazing" job being done this year by Daniel Ricciardo. At Silverstone, Spaniard Alonso's wheel-to-wheel duel with world champion Sebastian Vettel was littered with radio complaints about one another's driving.

But after Hockenheim, where the Ferrari driver had a similarly thrilling battle with Vettel's new teammate Ricciardo, Alonso had nothing but praise for the Australian. Alonso hailed Ricciardo's driving, always with "great respect to the rules and to others". "He is a surprise and doing amazing," the double world champion is quoted by the Spanish sports daily Marca.

"I believe he is 7-3 in the first ten races against Sebastian, which is something none of us expected. He is doing a great job, driving fantastically and, yes, fighting with intelligence," added Alonso. (GMM)
F1 News Fernando Alonso Daniel Ricciardo Sebastian Vettel Ferrari
.