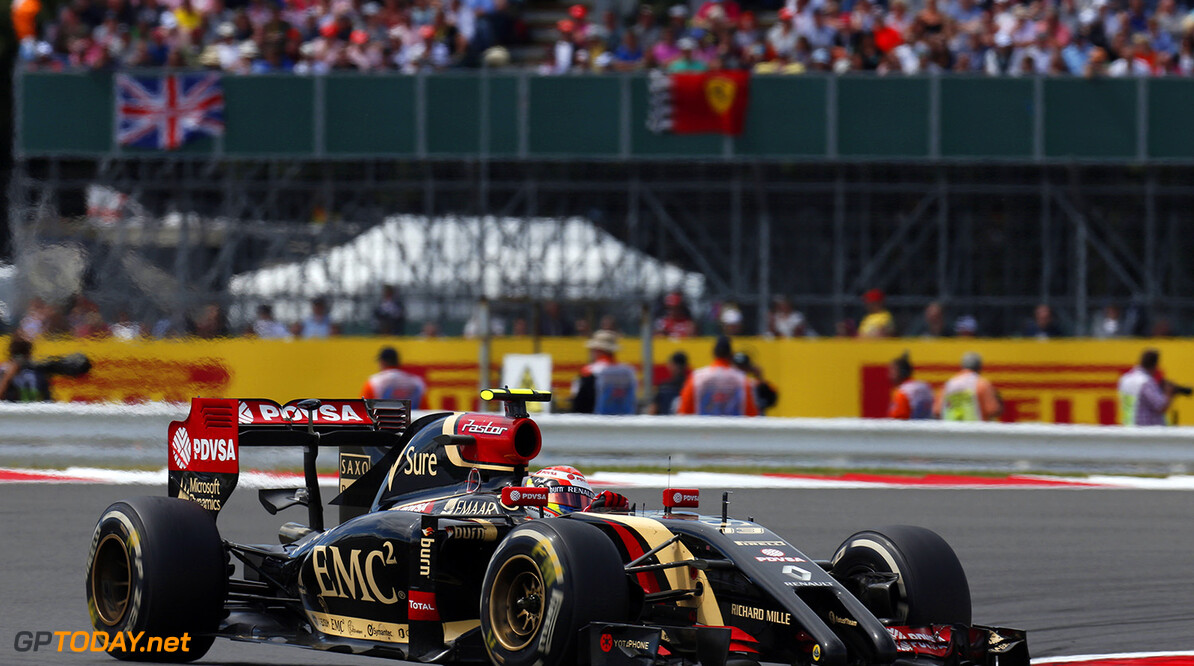 Maldonado gets updated V6: "Felt as if I had two engines"

Pastor Maldonado is looking forward to a major power boost at Hockenheim next weekend. The 2012 Spanish grand prix winner, who chose to race the number '13' this year and beyond, has had a dire campaign since switching from Williams to Lotus over the winter. Along with Sauber and the backmarkers, the Venezuelan is yet to score a solitary point this year as the Enstone based team grapple with poor pace and reliability.

But things could be about to get better. Speed Week reports that Maldonado has been using struggling engine supplier Renault's older engine specification. But at the Silverstone test this week, he finally got a taste of the updated V6 unit, marvelling: "It felt as if I suddenly had two engines in the car. Based on the data we have, the difference between the old and the new engine specification is 60 horse power," he exclaimed.

According to world champion Sebastian Vettel, however, Maldonado might be wrong to set his sights too high. Red Bull has been at the cutting edge of Renault's efforts to up its game in 2014 after a disastrous winter, but Vettel says the gap to Mercedes has stayed the same. "Right now the gap is very big and we haven't really closed the gap since race one," the German told Britain's Sky. "Obviously we have tried lots of stuff to improve, but they (Mercedes) are doing the same thing." (GMM)
F1 News Pastor Maldonado Sebastian Vettel Mercedes Renault Williams Lotus F1 Sauber
.