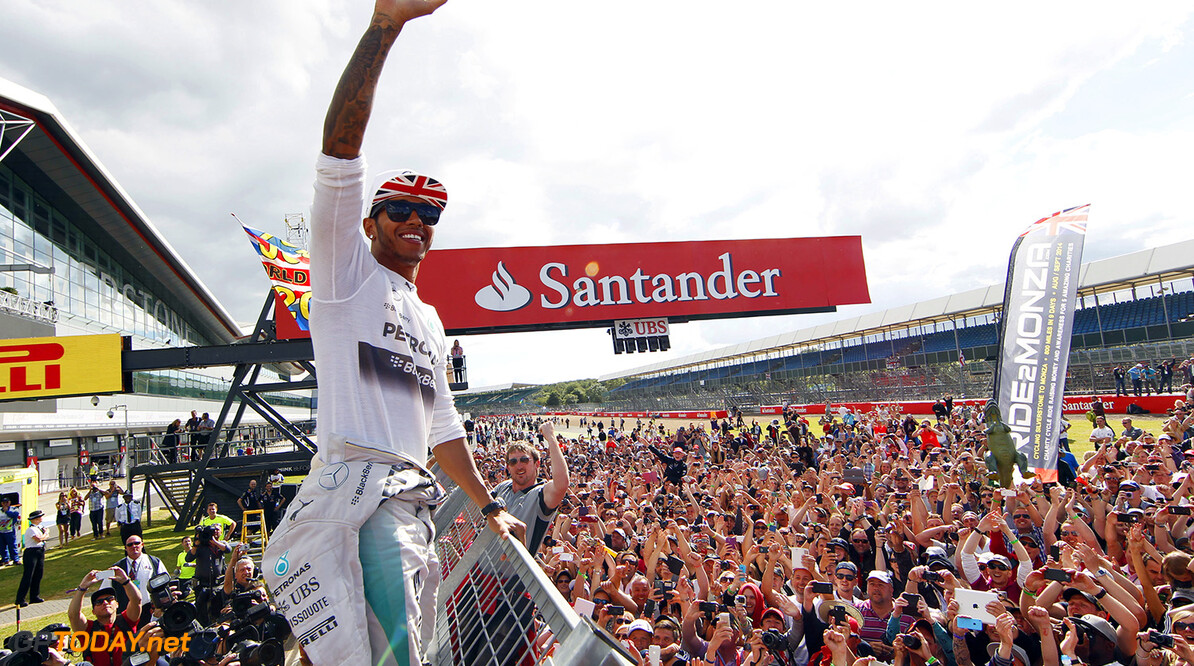 Right back in the championship hunt after a home win at Silverstone, Lewis Hamilton has also ramped up his off-track battle with teammate Nico Rosberg. German Rosberg's 29-point advantage before the British grand prix shrunk to just 4 points when he broke down with gearbox trouble.

Hamilton told reporters afterwards he is now going into "attack mode" for the final ten races, starting with Rosberg's home grand prix at Hockenheim in two weeks. The Briton said: "To be honest, Nico has never actually been in Germany, so it is not really his home race. When I was racing in karting he didn't stand with the grid girl next to a German flag ever. He always stood by Monaco."

29-year-old Rosberg was born in Wiesbaden, Germany, and his mother is German. His famous father Keke, however, is Finnish, and Rosberg has spent most of his life in Monaco and still lives in the Principality.

"I know he has grown up in Monaco so Monaco is his home town," Hamilton insisted. "He is German, Finnish, Monegasque or whatever, so he will get that support in Monaco and in Germany he has always had great support there. It is always good to beat others on their home turf," he added.

Meanwhile, Hamilton rankled at a reported comment by Mercedes team boss Toto Wolff after Silverstone that, following his Silverstone retirement, Rosberg offered Hamilton a piece of advice, or a 'tip', en route to victory. "Toto said that?" Hamilton responded, joking: "That's good. Toto likes being on that side of the garage." (GMM)
F1 News Lewis Hamilton Nico Rosberg Mercedes
<< Previous article Next article >>
.