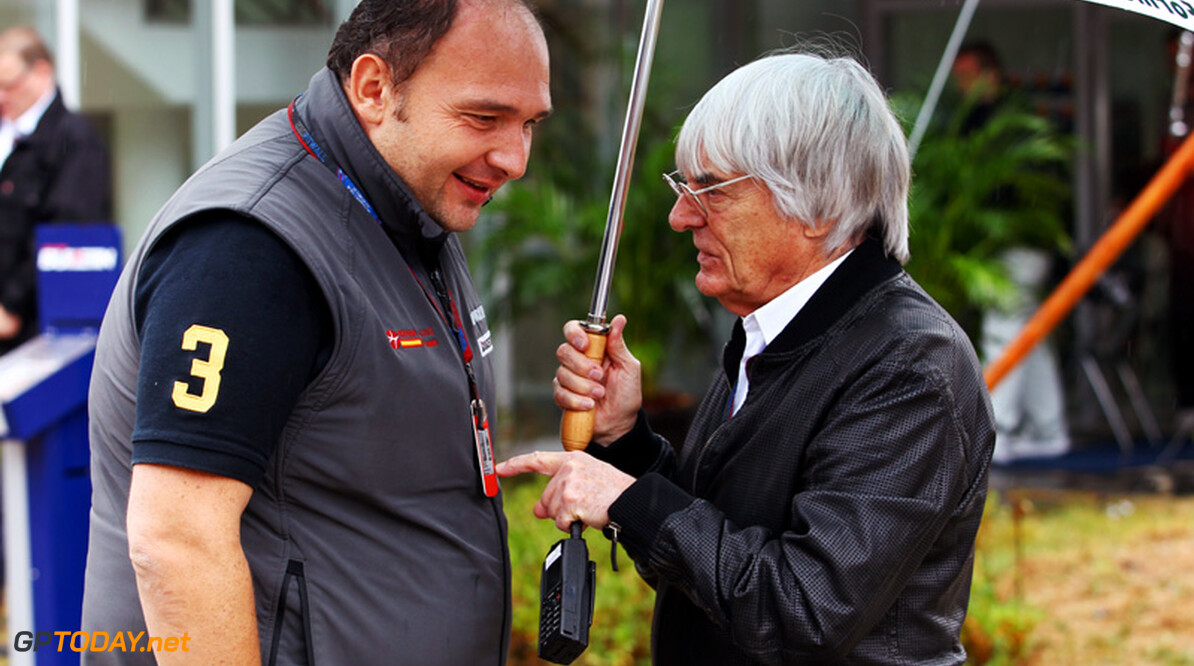 Ecclestone 'ready' for F1 with eight teams and three cars each

Even amid swirling speculation about Caterham's future, Bernie Ecclestone is unmoved. He told an Austrian newspaper last week that he would be "happy" if struggling and complaining small teams succumb to their money troubles. "If you can't afford to be in this game, you should not be here," said the sport's chief executive.

Since then, Caterham founder Tony Fernandes has conceded on Twitter that his F1 project "didn't work", and the team has reportedly been sold along with its reported EUR 20 million in debt. Still, 83-year-old Ecclestone is unmoved about the small teams' plight.
More about Ferrari


"They should stop," he told Italy's La Gazzetta dello Sport. "If they don't have the money, they should close. I am ready for a formula one with eight teams and three cars each. Is it better to see a third Ferrari or a Caterham? Ferrari might find new sponsors in America and an American driver. Great."

Ecclestone said a strong Ferrari will help with F1's problems, such as a dwindling television audience, arguing that Caterham will "never" be competitive. "If Ferrari started to end up first and second in qualifying and races, then television ratings would improve everywhere. Ferrari is a worldwide passion," he said. (GMM)
F1 News Ferrari
.