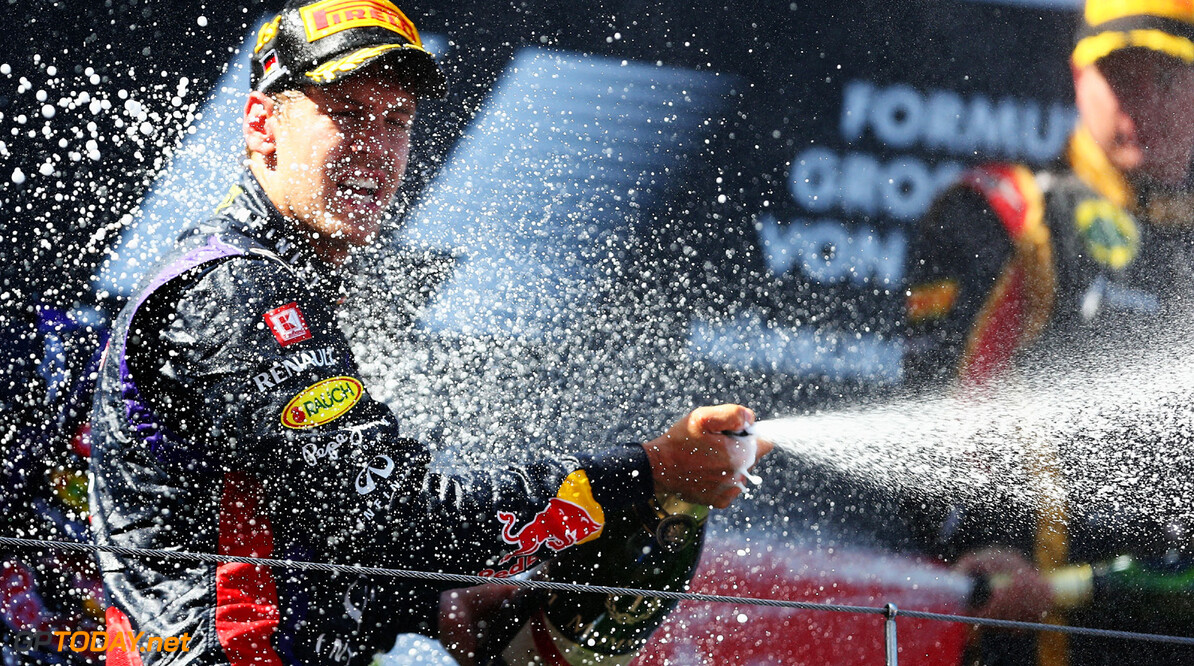 Sebastian Vettel has been voted sportsman of the year by European news agencies. Organised by the Polish news agency PAP, 21 European outlets cast their votes and the Red Bull driver emerged with more points than tennis' Rafael Nadal, and British athlete Mo Farah.

Vettel's latest victory is despite widespread claims that the German is only dominating F1 because of Adrian Newey's design genius.
More about Ferrari


But rival Felipe Massa told Brazil's Totalrace: "It (Vettel's dominance) is because of his talent, no doubt.

"He is an excellent driver who deserves everything he has achieved.

"Many people say he wins only because he has the best car. He does (have the best car), but the work he has done is amazing and if he continues to have a competitive car, he will win more," added Massa.

The 26-year-old driver's popularity, however, is another matter, particularly after he was repeatedly booed on post-race podiums in 2013.

"He created this reputation himself when he went ahead of Mark Webber in Malaysia," F1's chief executive told Italy's La Gazzetta dello Sport.

"Now some see him as a person that really he is not. But I don't think he did anything wrong to Mark."

Vettel has committed his medium-term future to Red Bull, but Ecclestone thinks the German will eventually move elsewhere.

"He is young and he won't stay for forever where he is," the 83-year-old Briton said.

"The problem is that all the drivers want to finish their careers at Ferrari, which isn't good," Ecclestone argued.

"I think he should go to the team that can help him win more titles, and that will not necessarily be Ferrari."
F1 News Felipe Massa Sebastian Vettel Ferrari
<< Previous article Next article >>
.