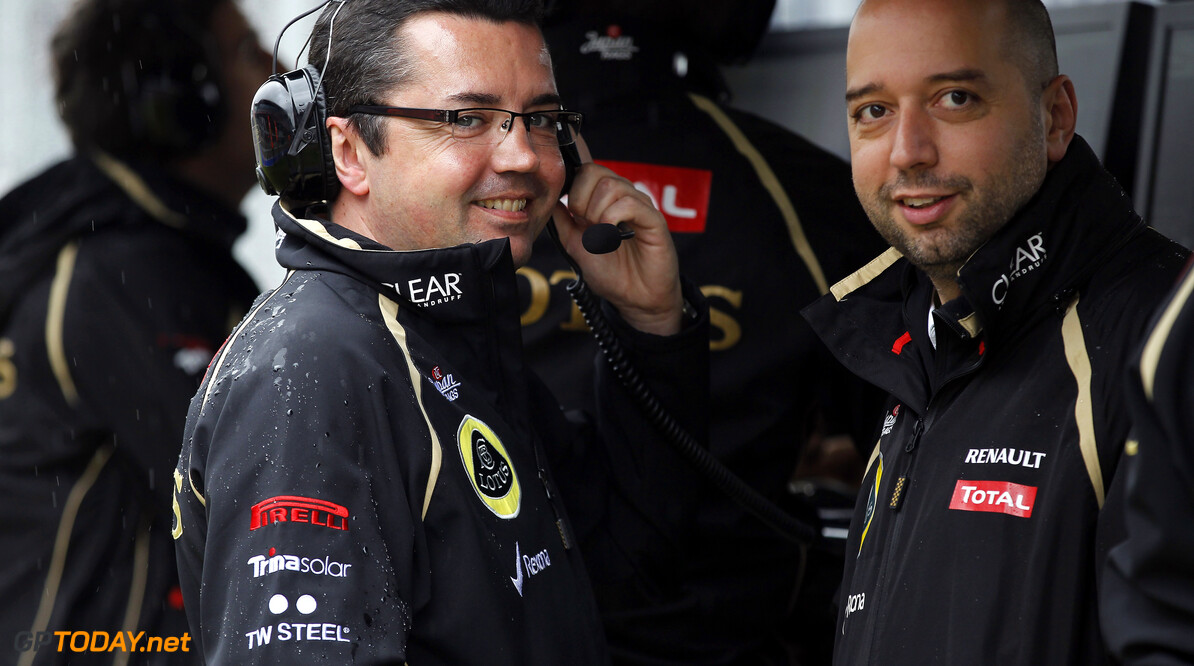 After having to deny rumours he is jumping ship to Force India, Lotus team boss Eric Boullier admits the episode has left him annoyed. As rumours the Frenchman is fleeing the financially troubled Enstone based team flourished on the internet, Boullier took to his personal Twitter account to issue a short denial. "I have never received any (other) offers and I have not resigned," he said on Monday.

Now, according to Speed Week, Boullier has revealed how the rumours caught him by surprise. "On the ground, everything was going quite normally," he is quoted by the correspondent Agnes Carlier. "We were preparing for the 2014 season, I was rushing from one meeting to the next, with the days beginning early and finishing late. Every day at full throttle. And then came this story. It's not just that I had to defend myself to the outside, I had to get together my people in the factory and tell them that there's nothing to it. Rumours spread quickly in a racing car factory. But they should know that I'm still here and I'm not going anywhere," Boullier insisted.

He said that with the regulations changing so radically ahead of the 2014 season, and with a late January deadline for official testing looming large, the timing of the rumour could not have been worse. "This is a phase in which every minute counts, as we get the car ready for the first winter test at Jerez in late January," said Boullier. "So this was an immense waste of time and energy," he lamented. (GMM)
F1 News Lotus F1 Force India
<< Previous article Next article >>
.