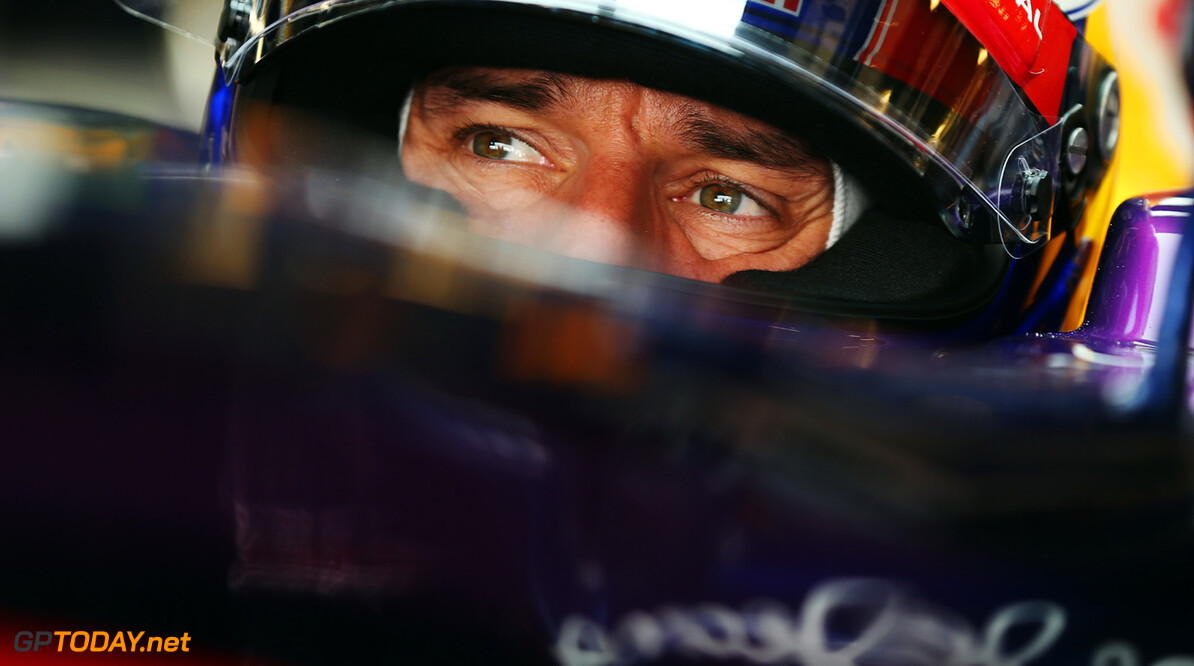 Tears and fury as 2013 season closes in Brazil

Popular Mark Webber raced into F1 retirement with one final show of irreverence, completing his lap on the way to the Interlagos podium without the protection of his helmet. Told that he seemed to be tearing up as he took in the emotion of his last-ever lap, the popular Australian veteran replied afterwards: "It was (just) the wind."

Webber, who is now released from his Red Bull contract in order to get an early start to his new Le Mans career, admitted driving around without a helmet was also not the kindest thing he could have done to his ears. And he said he got his helmet and Hans device "jammed" against the steering wheel, making it difficult to negotiate the final corners on the way into parc ferme. "But it was good to get it off, obviously the marshals, the fans, to see ... in this sport, it's not always easy to show the person that's behind the wheel," said Webber.

Later, he slipped and fell on the podium, and the usually flawless Red Bull crew also messed up a couple of pitstops. But overall, it has been a frighteningly dominant display by the Milton-Keynes based team in 2013, led by Sebastian Vettel, who continues to sweep up all-time records. Webber, however, fell 43 points shy of finishing the championship runner-up behind his German teammate.

So he paid tribute to the actual 2013 runner-up, his Ferrari-racing friend Fernando Alonso, and also his own imperious teammate, Vettel. "Yeah, a very good finish to my career, a good fight with all the guys I've enjoyed fighting with for most of my career: Seb, Fernando, Lewis, Nico, all the guys who have been in the window for the last five or six years," said Webber.

But while Alonso managed second place for himself, Ferrari ultimately finished the season just third in the constructors' championship -- and furious with the outcome of Sunday's Brazilian finale. Indeed, had Felipe Massa not been punished by the stewards for crossing the white line of the pitlane entry in his Ferrari farewell, the Italian team would probably have beaten Mercedes to the extra second place millions.

Massa, racing in front of his home crowd in red overalls for the last time, was furious. "Unacceptable!" he fumed on the radio as he shook his fist. Referring to the FIA officials, Massa said afterwards: "These guys think they have all the power and they can do what they want so I am more sorry for them than for me."

Mercedes team boss Ross Brawn admitted that his drivers, Lewis Hamilton and Nico Rosberg, had reported Massa's driving over the radio. "They were telling us that Felipe was driving with all four wheels over the line repeatedly," he is quoted by Germany's Auto Motor und Sport.

Had Massa remained in fourth place, Alonso would have moved over to gift his podium place to the native Paulista for a fitting Ferrari farewell in front of his fans. "When I saw him fourth I thought this would be a very good celebration for him," said Alonso. Massa confirmed: "I am sure that if I had found myself behind Fernando, he'd have let me pass." (GMM)
F1 News Fernando Alonso Felipe Massa Lewis Hamilton Nico Rosberg Sebastian Vettel Mercedes Ferrari
<< Previous article Next article >>
.