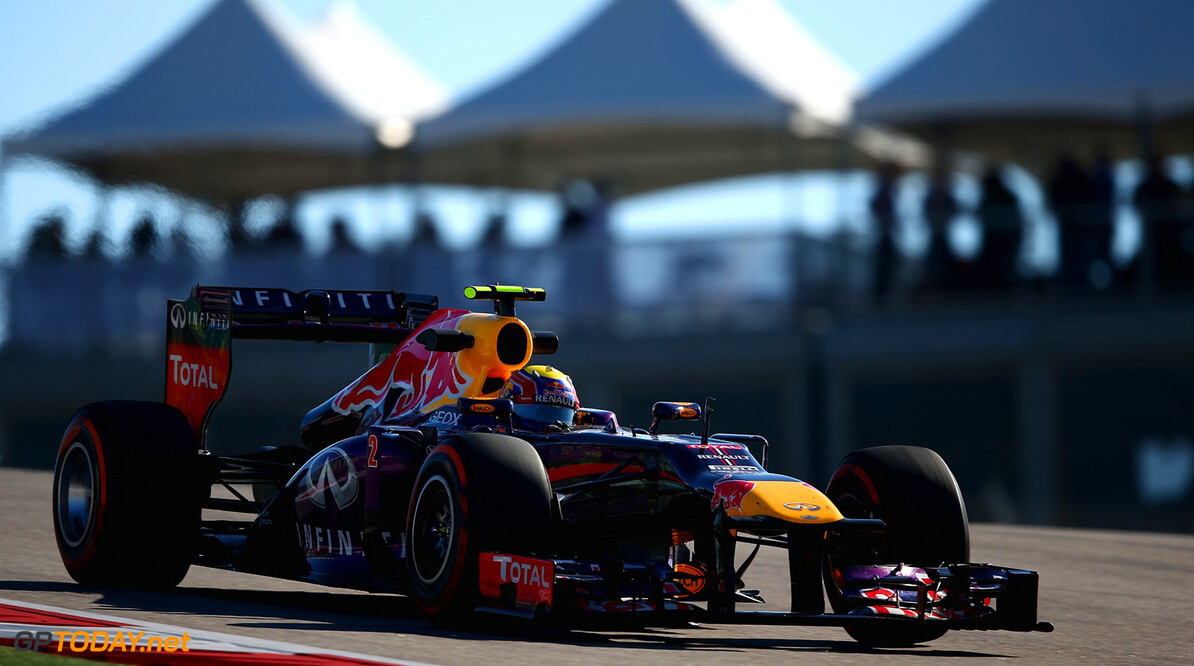 Webber won't be gifted the win in last F1 race

Mark Webber will not be gifted a tenth win as he bows out of formula one in Brazil this weekend. The 37-year-old Australian's long grand prix career will end at Interlagos, but even the temptation to right the 'Multi-21' wrongs would not convince teammate Sebastian Vettel to voluntarily end his winning streak and move over for Webber.

And, anyway, "Mark would not want to be gifted a win," Red Bull team boss Christian Horner said. "It would be great to see him win his final race, what a way to sign out," he added. But Horner said Vettel, who ignored a team order in Malaysia and passed Webber for an unpopular and highly controversial victory, will be focused on chasing his ninth consecutive win. "Sebastian is going to be going for that record as well and as usual it will be a straight fight between the two of them," he said.

There will be a lot of 'lasts' in Brazil this weekend. The last race of the V8 era. Felipe Massa's final grand prix in red. McLaren's last with Vodafone branding. Webber is typically blunt. "You have to let go," he said. "You can't be half pregnant!" he told F1's official website. "You do it (stop) or you don't. And do something else," added Webber, who is moving to Le Mans with Porsche. I accept that I am a not super young any more," added Webber. "Most of the decision is for the off-track stuff. You want to have more balance away from the racing."

He admits his battles with Vettel, on and off the track, have often been fraught, but he is not bitter. His biggest regret is being narrowly beaten to the 2010 crown. "But that's life," said Webber. "If you shoot for the stars you sometimes miss. The category (F1) has changed quite a bit in the last few years, I've done what I can but there comes a point where it's not what it once was -- it's a little bit different," he told reporters last week in Austin. When I step out of the car for the last time I will be fine with it. Back to the UK Sunday night, walk the dogs on Tuesday morning." (GMM)
F1 News Felipe Massa Sebastian Vettel McLaren
<< Previous article Next article >>
.