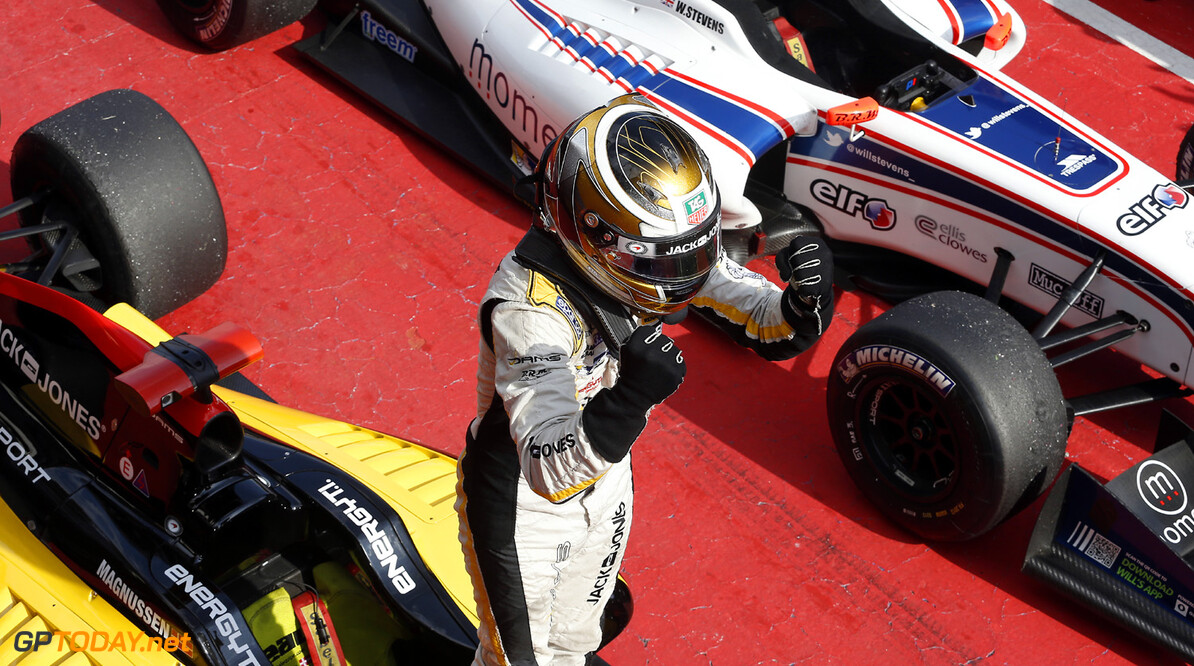 Massive risk to be put in the deep like Magnussen - Button

Stepping straight into a top F1 team is a "massive risk" for a rookie, Jenson Button said on Thursday. The continuing McLaren driver was referring to the British team's decision to replace Sergio Perez with the new Formula Renault 3.5 champion Kevin Magnussen. Button admitted he was surprised to hear of McLaren's decision to give him a new teammate for the second consecutive year, having said recently he thinks Mexican Perez deserved to stay in 2014.

"It's one of those positions where it could light up your career or put an end to your career very early if things don't go well," the 2009 world champion told reporters in Austin. "It's a massive risk to be put in the deep end, if you like, with a team that should be fighting for a title. But if a driver is willing to take that risk, he has a lot of confidence in himself and his ability," added Button.

The news has put Perez, just 23, in a difficult position with just two races left to run in 2013. But, even though McLaren's decision might end his F1 career altogether, Perez has been reasonably polite about the team through the media so far. McLaren, meanwhile, has paid kind tribute to Perez's contribution and talent.

"Perez thanked McLaren as though they have done him a favour," said a frustrated Michael Schmidt, the highly respected correspondent for Germany's Auto Motor und Sport. "And McLaren has praised Perez in a way that makes you wonder why in the world they're separating. It's dishonest," said Schmidt.

"A bit more honesty would be appropriate. McLaren should say why his contract is not being renewed, and Perez should be allowed to say what he thinks about the late notice. If they're both just singing each other's praises, they treat us - the fans - like we're stupid," added Schmidt.

In fact, Perez acknowledged on Thursday that McLaren's late call could leave him without a seat in 2014, and perhaps also 2015. "Probably I will leave formula one and find something else for a year or two," he told F1's official website.

Perez denied McLaren's call is related to his Mexican backing, but there is no denying that the driver market is being severely affected by commercial considerations ahead of the 2014 season. The F1-departing Mark Webber on Thursday said it is an "unhealthy" situation for F1.

One example is Force India. Adrian Sutil has been hinting for a few weeks now that his 2014 contract is signed and sealed, although announced. He said on Thursday: "It's good to have a contract, but if someone comes along with 30 million, then a contract doesn't have much value." (GMM)
F1 News Jenson Button Sergio Perez Kevin Magnussen McLaren Force India Renault
<< Previous article Next article >>
.