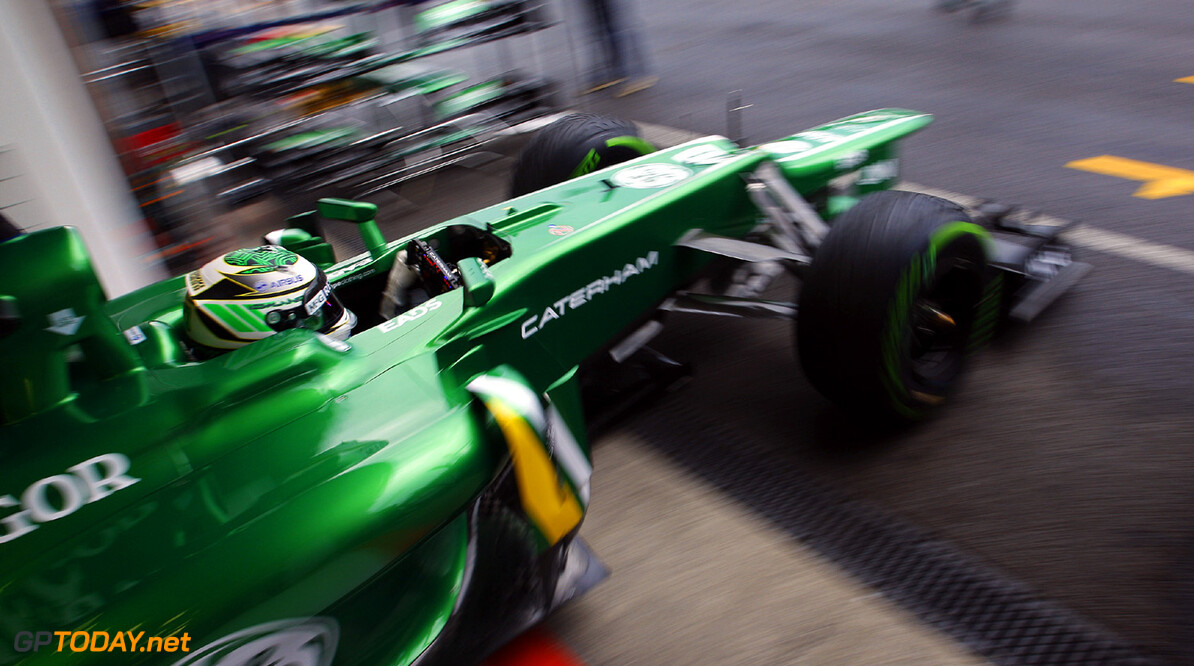 He may be racing a black and gold car for the rest of 2013, but Heikki Kovalainen on Thursday played down suggestions he could be in the running to replace Kimi Raikkonen permanently. The Finn has been drafted into Lotus' 2013 lineup for Austin and Brazil after his Ferrari-bound countryman Raikkonen opted for early back surgery.

After Nico Hulkenberg said no, reportedly also considered for the two-race job was Michael Schumacher. Lotus driver Romain Grosjean, however, suggested it was never very likely the seven time world champion would make a third F1 comeback.
More about Ferrari

So 'risky', in fact, that German Hulkenberg turned down the chance. "Of course it was attractive," he said on Thursday. "It sounded attractive from the outside." The fact Hulkenberg turned down the chance indicates that Lotus was giving him no guarantee that the seat would lead to a full-time role in 2014. "If I had stepped in, I don't think people would have expected me to beat Romain right away," he said.

So instead of damaging his reputation while getting up to speed, Hulkenberg passed the torch to Kovalainen, whose return to F1 for 2014 seems more secure. "The only team I've seriously spoken about next year is Caterham," said the Finn. "We're getting close to the point where we're starting to agree the terms. This weekend and Brazil won't I think have a huge influence on that," added Kovalainen.