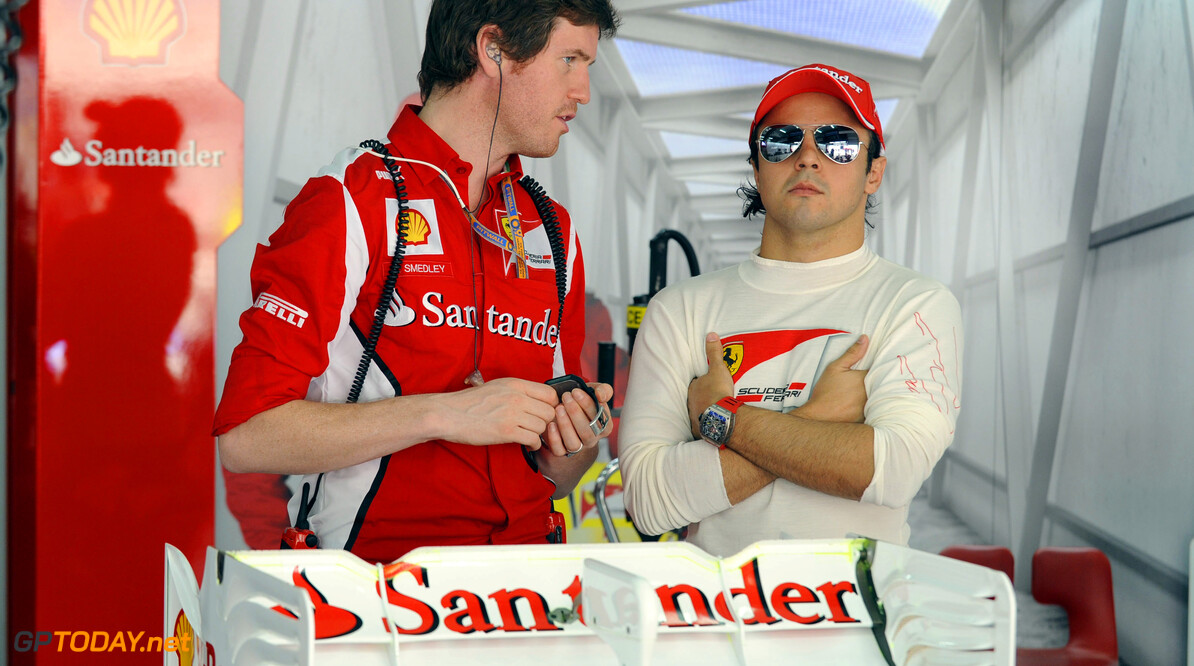 Rob Smedley to be next big signing for Williams

Williams has admitted Rob Smedley could be the next big name to join the beleaguered British team. As it announced that Felipe Massa is joining the team from Ferrari for 2014, deputy team boss Claire Williams said "a number of announcements" will also shortly follow.

We reported in September that Massa's well-known race engineer Rob Smedley - who has shared a close, almost fatherly relationship with the Brazilian driver - is linked with a move to Williams. It is believed 39-year-old Briton Smedley has since signed a contract.

When asked about that speculation, Claire Williams told the BBC: "We have some great talent in Williams but we need to make sure we have all the talent we need to perform right at the top. "So I'm hoping that before the end of the season or maybe slightly after we'll be making some more announcements in a similar vein to this one (Massa)."

It has been rumoured that, if Smedley does switch from Ferrari, he would not necessarily remain Massa's race engineer, but may take on a greater role of responsibility. "If Rob Smedley was to join our team," Williams said, "it has to be on his terms, and he has to be given a role he wants to do and that may or may not be Felipe's race engineer. Felipe is grown-up enough to join a team without bringing his race engineer with him," she added. (GMM)
F1 News Felipe Massa Williams Ferrari
.