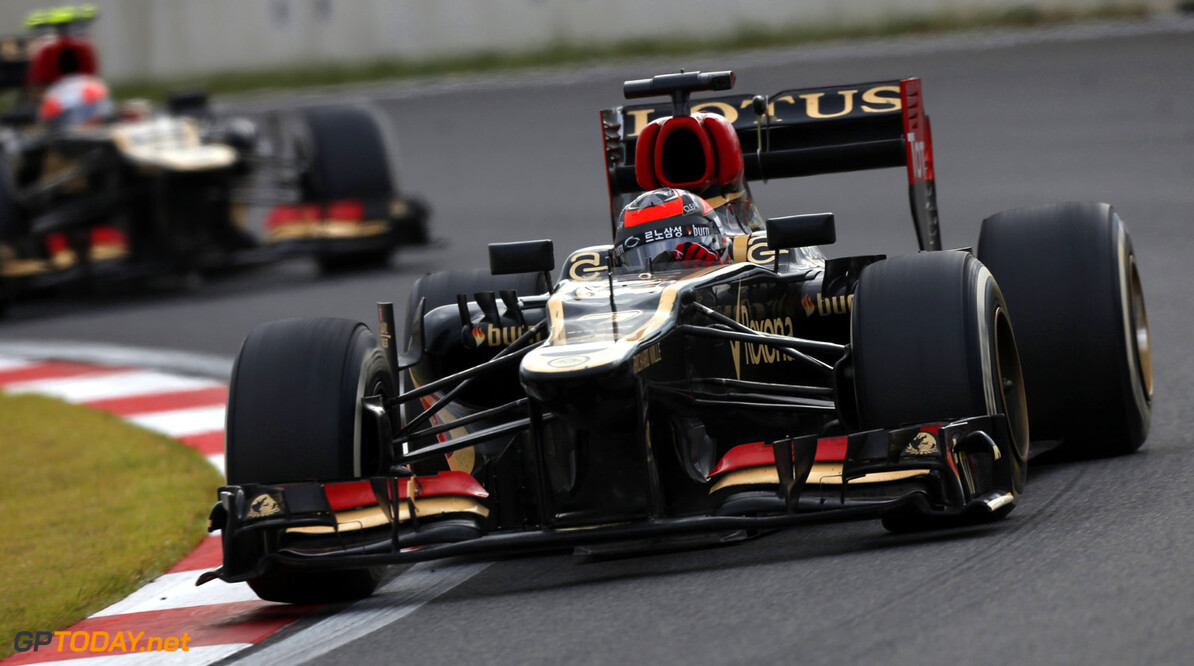 It's easy to get caught up in the affairs of drivers and teams as they all scramble to make certain they have the best over-all team as possible for the 2014 Championship run. But in doing so, we often miss out on the technical advances being made by the teams in real time.

Designed and tested in theory before the 2013 Season, Team Lotus headed by Team Principal Mark Boullier, were working on a long wheelbase version of the E21. The E21-LWB debuted at Monza in Italy this past September. At the time, Lotus only had enough parts to field one car for testing, and Kimi Raikkonen did the testing.

By changing the angle of the front wish-bone suspension, and adapting the floor pan, nose and front wings to comply with other applicable FIA rules, the E21-LWB took to the circuit in Korea creating more of a storm then the impending Monsoon.

Boullier says the LWB provides better stabilization under extreme braking, as well as in cornering. The results seem to support his claims as Team Lotus finished with its third double podium of the year. The only other team to do so is Infinity Red Bull with four double podiums.

Will we see more of the E21-LWB? This remains to be seen, especially with the changes for 2014 with the return of the Turbo V6 engines.