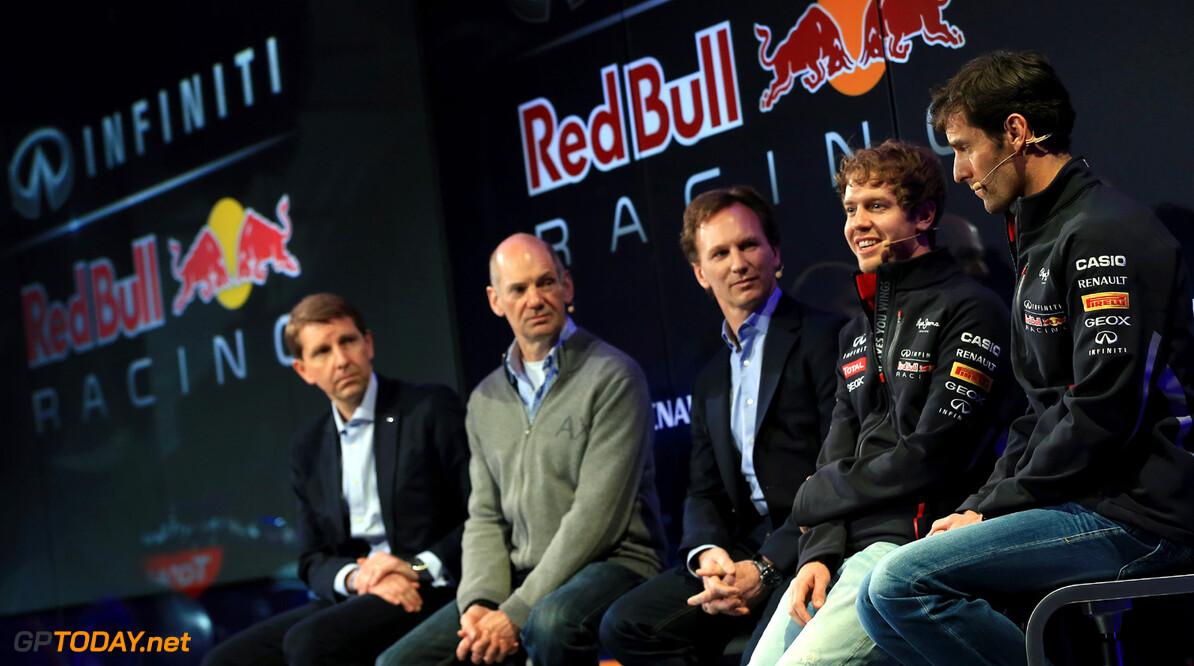 Red Bull designer Adrian Newey has admitted his new car for 2014 is "ugly". "The new Red Bull is ugly. Unfortunately," he is quoted by the German news agency SID. Briton Newey, widely regarded as the best car designer in F1, is not at Suzuka this weekend as he focuses instead on the challenge of the radical 2014 rules.

He said he is working on the RB10 for "four of the five days" of the working week. He said the reason for the 'ugly' 2014 car is because of the new aerodynamic rules, sending designers down the path of penning a "hook nose". But the bigger concern for F1's technical boffins is the new powertrain rules, which Newey said are "more complex than ever before".

Agreed Alain Prost, Renault ambassador: "We have three engine manufacturers, and none of them are particularly optimistic. Reliability is the biggest challenge at the moment, to be honest," he added.

Mercedes' Toto Wolff, however, is excited. "A month ago I was in Maranello and saw their engine factory and thought: 'German engineering ingenuity against Italian improvisation and French laissez-faire'."

Ferrari driver Felipe Massa, however, is most concerned about the 'show'. "Yes, it could be very frustrating to have to save fuel," said the Brazilian at Suzuka. I just hope it can be interesting to watch for the spectators and viewers and that it can also be interesting for the drivers," he added. (GMM)
F1 News Felipe Massa Renault Ferrari Mercedes
<< Previous article Next article >>
.