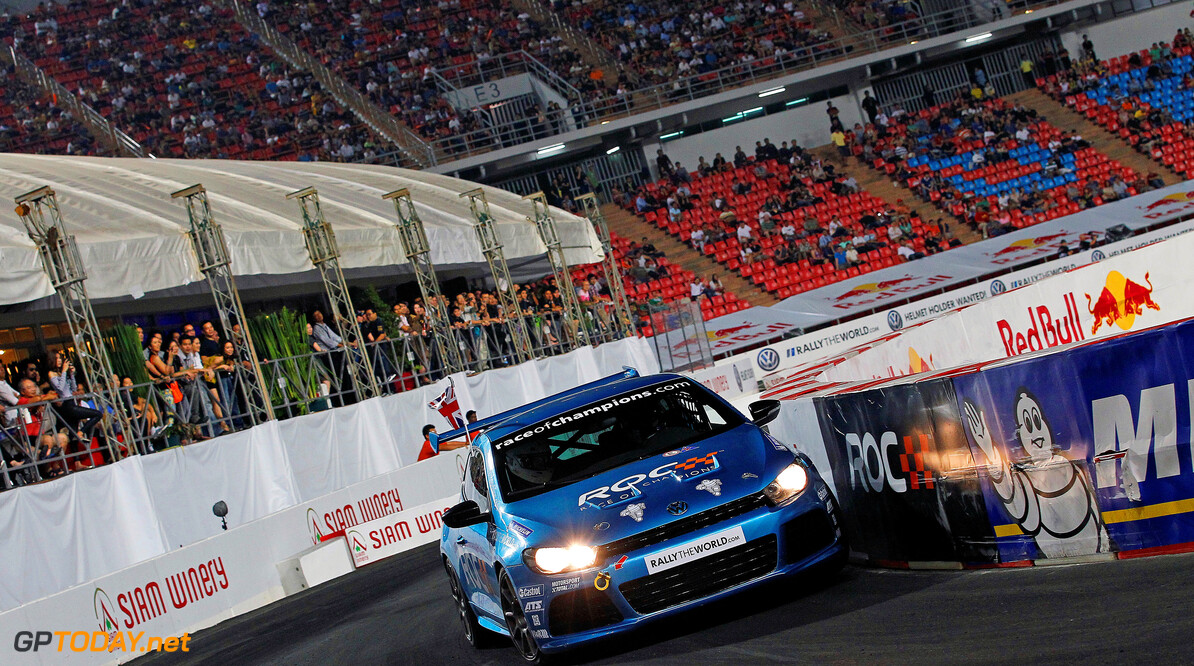 Fresh from becoming World Rally Champion for the first time, Sébastien Ogier has signed up for the 2013 Race Of Champions, to be held at Bangkok's Rajamangala Stadium on the weekend of December 14-15.

Ogier is still smiling after sealing the title on home soil at last weekends Rallye de France with a fine drive to victory  more than enough to grab the single point he needed to end up on top. The result crowns a glorious year for the Volkswagen driver, who has dominated the World Rally Championship with no fewer than seven wins.

Now Ogier has revealed that his next challenge will be to regain the 'Champion of Champions' title that he won on his ROC debut in 2011, defeating Le Mans legend Tom Kristensen in the Grand Final. Ogier returned to the Race Of Champions last year and reached the ROC Nations Cup final for Team France in partnership with F1 star Romain Grosjean, only to be defeated by Team Germany's all-conquering duo of Michael Schumacher and Sebastian Vettel. More silverware now beckons

Ogier said: "This has been a fantastic year for me and I can think of no better way to round it off than the Race Of Champions. It was amazing to win it on my first visit and of course it is a pleasure to be going back again. It will be especially nice to head to Bangkok with the title of World Rally Champion in the bag at last. Now I can feel like a 'full' member of the exclusive group who make up the ROC field! All the champions have proved themselves to be fast in their own categories so as always it will be fun to see who comes out on top. Its time for someone to give Team Germany a run for their money in the ROC Nations Cup too. So roll on December"
F1 News Romain Grosjean Sebastian Vettel
<< Previous article Next article >>
.